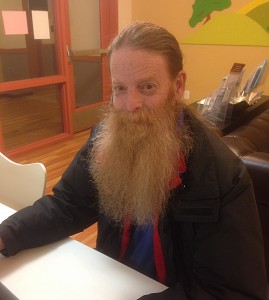 For the most part my family comes from the British Isles. We have been on this continent for 300 plus years, that I have been able to document. For the bulk of that, in what is now Grayson County, Virginia and just over the border in Ashe County, North Carolina. All came here due to religious presecution and generally getting in the way of the crown. My own Davis line came here as indentured servants in 1693, landing on the same pier as William Penn about the same time, in Pennsylvania. Two generations came here from Lurgan, Armaugh County, Ulster Province, Ireland. James and his 3 sons Thomas, John and William. all died while still in servitude in Milford Hundred, Cecil Co., Maryland. William is my 7th great grandfather. His son William Davis II Was able to live free and eventually buy 300 acres south of Charles Town; now West Virginia.

Many of William II’s children went to Rowan Co., North Carolina. My 5th great grandfather Jacob Davis Sr. died and is buried at Rich Fork of Piney Creek. He left his land there to his younger sons and daughters. His eldest sons Jacob Jr. and my 4th great grandfather Henry were given land along the New River by their father – 100 acres each. Henry’s land grew to 450 acres under his oldest son, my 3rd great grandfather John Davis, This is where I start having grandmothers that can be documented.

John F Davis, his wife, and three sons – (Elisha Carl being the youngest), moved out west to Waitsburg, Walla Walla County, Washington where my father was born. The funding for this move was provided by John F’s Eastern Cherokee Application, about $106 in 1910. John worked on the apple orchards in the area. Grandpa Elisha Carl worked his life for the Spokane, Portland and Seattle rail yards, retiring as an engineer in the switch yard at Wishram, Washington. My fondest memory of our visits with grandpa was when he would let me drive the locomotive in the railroad yard. That came to a sudden stop when I pushed the power handle too far and near ran over the brakeman at the rear of this train. My grandpa told me to run down one side of the engine and go home while the brakeman ran up the other side to chew my grandpa a new one.

My mother and father met and married and had their only biological child in this town. Baby Boy Davis lived 14 hours and died of an RH incompatability. My parents moved to Reno, Nevada at the insistence of my maternal grand aunt. My father who worked as a motor machinist for the S. P. & S., thought there would be a job in Reno as a bus mechanic. It was not to be. My father spent his career working in the casinos in Reno until his eventual death.

Shared by Vale Duane Davis who is pictured above.