August 22, 2016 Comments Off on The Moore Family and a Captured Marymoore 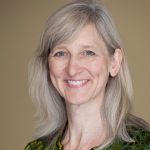 In the 17th and 18th centuries, England gave land in Ireland to Scottish people in order to bring more Protestants into Ireland, where it was predominantly Catholic. As the power of the Church of England increased, the Irish became outraged and began persecuting the immigrants from Scotland. In the early 1700’s, James Moore I immigrated to the U.S from Ireland for ... END_OF_DOCUMENT_TOKEN_TO_BE_REPLACED 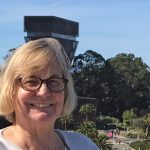 Hirzel, Canton Zurich, Switzerland – the home village Winter’s Landis family from 1488 until they were forced to flee Switzerland in the 1640’s. In 1614, in Zurich, Switzerland, Winter Dellenbach’s ancestor, Hans Landis, an Anabaptist minister, was martyred for his beliefs which threatened both the establishment church and state – there was no separation between the two then. He is ... END_OF_DOCUMENT_TOKEN_TO_BE_REPLACED 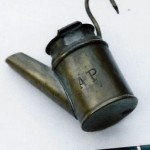 MYSTERY OF THE MISIDENTIFIED PASSENGERS The Statira Morse ship left Glasgow in May, 1852 and arrived New York City on July 13, with 307 passengers on board. It had taken 8 weeks, with two men and three newborns dying on the passage. J. G. Lawton, shipmaster, swore that the list of passengers was correct, but at least one family is misidentified. ... END_OF_DOCUMENT_TOKEN_TO_BE_REPLACED 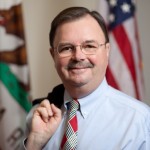 Piecing together a family’s story of immigration to the United States can be a challenge for many people. Richard Sherman Gordon’s family tree has roots that reach back hundreds of years in America, but most of their stories have been lost over the generations. What remains are tidbits of family lore, and for Rich’s family, there is also a lovingly ... END_OF_DOCUMENT_TOKEN_TO_BE_REPLACED 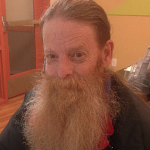 For the most part my family comes from the British Isles. We have been on this continent for 300 plus years, that I have been able to document. For the bulk of that, in what is now Grayson County, Virginia and just over the border in Ashe County, North Carolina. All came here due to religious presecution and generally getting ... END_OF_DOCUMENT_TOKEN_TO_BE_REPLACED