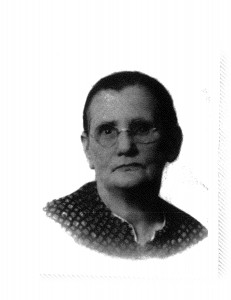 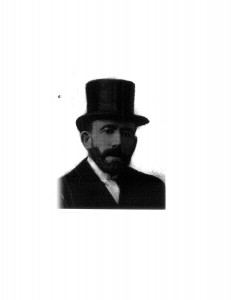 The Austro-Hungarian Empire seems like a historic place in a very distant past, but for Irene Abrams, its presence is ingrained in her vivid memory of her beloved grandparents and their journey to America.

“My grandfather was a rope maker. He was very tall and strong. My “Zaida” was six feet tall. My “Bubba” was tiny, she was five feet tall,” Irene laughs at the distinction.

Sophie and Eli Katz, Irene’s grandparents, immigrated to the U.S. from Austria-Hungary in 1900 at the ages of 24 and 43, respectively. The couple traveled with five kids, three from Eli’s previous marriage and two of their own, on a boat in steerage. “It’s really amazing to me that my grandmother came on that ship, with three children who were not her children, who had been told by their grandmother that my grandmother was a terrible person,” Irene reminiscences.

Sophie birthed two children in the U.S.: Irene’s uncle Harry in 1901 and her mother Jenny (later Jeanne) in 1903. “My mother used to tell us she was born in an alley across from Paul Revere’s house,” Irene remarks. “So I imagined her in a little basket in an alley, and when we went back to Boston one year she knew exactly where [the alley] was.”

The family settled in the west end of Boston, where Eli worked long hours as a presser in garment manufacturing. They lived in poverty and had to move often as they couldn’t afford the rent. Once, they lived in two apartments across an alley, one with a kitchen and the other with bedrooms. “My aunt Betty was very imaginative, and [my mother] said one time they lived in an apartment with the toilet downstairs in the basement, and my aunt used to make signs showing the way to ‘Hell’s Gate,’” Irene recounts with a chuckle.

To raise some extra money, Sophie opened a store selling old clothes and other odds and ends to trade with farmers for food. As a little girl, Irene’s mother would help Sophie at the store. Coincidentally, Irene’s paternal grandfather was a ragman who would shop at the store, so the families knew each other even before Irene’s mother and father were married.

The kids were forced to leave school at the end of elementary school at the age of 14 because their parents needed the money for other purposes. The family’s financial situation was made even more difficult as Sophie was too proud to accept any welfare. “My mother said she remembered walking around with holes in her shoes and stuffing the shoes with paper,” Irene says.

Boston was the kids’ playground; they learned to swim in the bay by getting pushed off the wharf, and they became talented swimmers. “They used to go to the Boston Common and there was a frog pond there, and the kids took off their clothes and they would jump into the frog pond. There was a big Irish policeman who chased them out,” Irene says.

Irene’s parents met on New Years of 1929 and were married on March 1, 1929. Sophie and Eli moved in with them as they couldn’t live on their own any longer. Her Zaida was her babysitter; her first word was “Eliya,” Yiddish for his name “Eli.” Eli died of pneumonia at 82 in 1939, when Irene was five. “In the middle of the night he would wake up and he wouldn’t know where he was; he was very disoriented and my aunt would come from upstairs to try to comfort him,” Irene says.

Irene remembers her grandmother as if she had seen her just yesterday. “She wore a long dress and lyle stockings and her hair back in a bun and she always wore an apron. She was always hugging us, and she felt soft,” Irene says. Sophie died from a stroke in 1943 at the age of 68, when Irene was nine. She was literate and would show all the other women in synagogue where they were reading in the siddur, or prayer book. She was adamant about becoming a citizen, but the process was extremely difficult due to restrictive immigration laws. To complete naturalization papers, she had to write her name, and Irene remembers teaching her at the kitchen table.

This story is based on an interview with Irene conducted by student-reporter Hayley Krolik who participated in a service project at the Moldaw Residences.