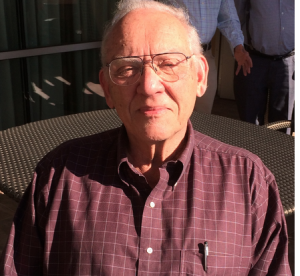 Bob Rosenzweig shared with me the story of his grandma’s harrowing journey from Bobroisk, Russia, to Osaka, Japan, to Seattle, WA, and finally to Detroit, MI. His grandma’s name was Rivka Lifschitz. Rivka was born around 1896 in Russia. Her husband, oldest daughter, and oldest son had gone first from Russia to Detroit, MI in 1911.

It was around 1914 and Bob guessed that Rivka was around 18 years old. She and her five remaining children took a train from (now Belarus) to Moscow. In Moscow they boarded the Trans-Siberian Railroad which would take them 9,000km to the very last stop on the route which was Vladivostok, Russia (on the Pacific coast). This journey took 10-15 days as they had to stop every few days for passengers to get off and new ones to get on. Rivka and her children had to stop on the Sabbath as they were religious Jews. All the while Rivka was very sick. They don’t know what she had.

From Vladivostok they boarded a boat to Osaka, Japan. At this point the journey stopped for a few months as Rivka was much too sick to go on. They decided to live in Osaka in an apartment so Rivka could recover. They didn’t speak a word of Japanese so it’s amazing that they were able to do this! She finally felt better. At that point they continued their journey by boat from Japan to Seattle, WA. From there they boarded a train to Detroit, MI where the rest of the family was patiently waiting for them. What a long, involved journey they had! Bob had never met his grandmother so this story was passed down to him by his mom who was one of the four daughters traveling with his grandma. His mother often said how remarkably strong and determined his grandma must have been in making sure that her family’s dream to live in America came true.