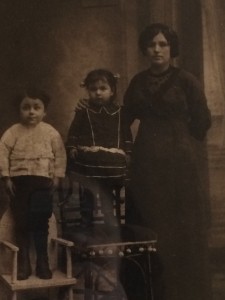 Bessie and Phillip Espar were born in a small Yiddish town of Olizarka, Russia. They married young and had three children; Meyer, Ruth, and Sadie (the interviewee). Meyer and Ruth were born in Russia and Sadie was born in the U.S. Phillip was known to be spoiled and high-spirited, and was always ready for a fistfight. He was apprenticed by a stone mason in his childhood and apparently became a very skilled artisan craftsman.

Phillip came to America and arrived in Detroit in 1912, and was able to stay there in order to avoid the beginning of WWI in 1914. Unfortunately, he was unable to return to Olizarka and lost all communication with his wife and two kids (before Mrs. Sadie Espar was born) for ten long years. Eventually, he was able to obtain money and visas for the rest of his family. Bessie and her children Ruth and Meyer planned to board a steamship en route for Liverpool in 1922, and were required to pass a health examination before boarding. Bessie and Ruth both passed the examination, but Meyer unfortunately did not.

The shipmen had one suggestion for the family: “Get on the ship or never get there at all.” Bessie was forced to leave her son behind before voyaging on towards Liverpool. She had enough time, though, to enroll him in a boarding school to give him a place to stay, where he looked quite happy to be there. After about three to five months, he managed to follow his family over to America on a separate ship, where all of the shipmates adored him.

This account was shared by Sadie Espar and written by student volunteer, Sarah Dersh, during a service project at the Moldaw Residences in Palo Alto, CA. 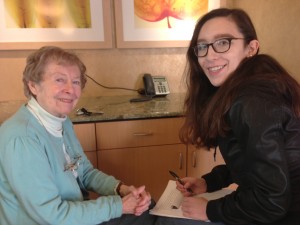 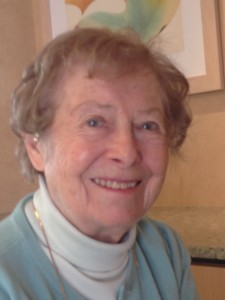