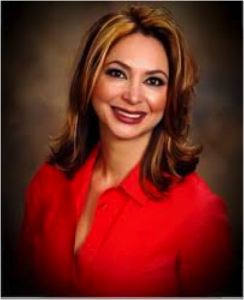 People were getting killed and terrible things happened for no reason, especially if you were a girl or someone from a different religion.

Fear. paranoia. All when I was in Iran: Bombs, explosions, suicide bombers, all throughout my childhood I lived in fear. I was paranoid 24/7. There were many fights, insecurities, and I really didn’t feel safe. I didn’t like it there, in between all that war.

There was a fight going on between the new and old government and it made me feel cautious all the time. People were getting killed and terrible things happened for no reason, especially if you were a girl or someone from a different religion. Overall many things happened and it was a terrible atmosphere.

After all that the Iran and Iraq war happened and there was lots of bombing, and shooting. People were in harm’s way 24/7. So not only did life become harder financially but safety wise as well.

People could not have their own opinion and you could get raped, killed, or taken to jail for no reason. So you couldn’t speak your mind since there were no clear laws and the people with higher authority could do anything they wanted to you with no consequence.

After that I decided it was enough and I went from Iran to Turkey to help my mom to get her green card because my sister here was helping her to get it. I got lucky and I got a visa to accompany my mom coming here. It was a blessing for that to happen because Tehran, where I was living in at the time, was being bombed by Iraq all the time. It did feel tough leaving all my friends and some of my family but we still began the journey.

I flew from Tehran to Iraq and then I flew from New York to San Diego. This is how I entered this country. There were no interruptions on the way to here either.

Once I arrived I was filled with emotions, and they weren’t just good or bad. I was excited, I had finally landed into the place I imagined as the world of opportunity. I had always imagined the United states as candyland in one point of view.

Although once I arrived it was much more scary than I thought it would feel. I couldn’t communicate with anyone since I didn’t know the American language and I didn’t know what many things or phrases meant.

It was also very hard because I had already left all my friends and family behind so there was nobody to comfort me if I needed it. I was very insecure since I didn’t have money or friends and I was nervous all the time.

When I arrived and got a house. If you were to ask me which house was better, I would say the new one in America. I was living with my sister Mitra at the time in San Diego and they took care of me for 4 years there. I liked their house and I really didn’t have that much money in Iran so it was still nice. But I still always think it is much nicer to live in your own house than someone else’s.

Right now I am a dentist and I truly want to thank god that I have gotten this far in my life through hard work and determination. I love being a dentist so much because I get the chance to see people smile after I am done fixing their teeth. There is no bigger reward than seeing them happy.

Once again I thank god everyday for the journey I have been through to get here and I feel I would not be here without him watching over me.

I was a preschool teacher there and it was a very rewarding job because I got to spend time with kids and help them. But I love being a dentist because it gives me much more authority as far as educationally and financially to help more people and pay back to the society more. Both jobs were a blessing but I can’t take anything away from the fact that if it was not for the important people in my life like my kids and my husband I wouldn’t have gotten to where I am today.

And as my life goes on I hope I can continue to help my kids and my friends reach their full potential and become the people I truly know they can be.

The interview was done by Nahid’s son, Auria Roshan, a 9th grader in Redwood City.