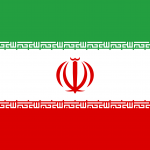 At the age of eight, losing both parents is not something a child should go through. I remember hearing shaking words (in Farsi) come out of my sisters mouth, “Vic (name changed), we have to go to the hospital mom and dad were in an accident.” I was rushed into the car by my sister and we were ... END_OF_DOCUMENT_TOKEN_TO_BE_REPLACED

Escaping a Revolution to Find the “American Dream”

February 9, 2021 Comments Off on Escaping a Revolution to Find the “American Dream” 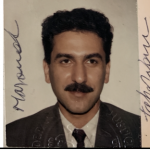 When you look back on your younger self, living in Iran, what compelled you to come to America? As a kid, before the revolution, most people had hopes of going to America to go to school, and eventually, come back to Iran to establish their life/career. The general feeling was that an ... END_OF_DOCUMENT_TOKEN_TO_BE_REPLACED 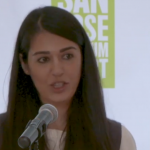 Sameh Khalatbari is a San Francisco Bay Area based Artist, born in Tehran Iran in January 1980.  Sameh is a Contemporary Surrealist painter, teacher and entrepreneur.   Her art reveals her life experience and thoughts often incorporating familiar Persian traditional symbols. Here she tells the story of why she decided to stay in the US as ... END_OF_DOCUMENT_TOKEN_TO_BE_REPLACED 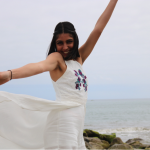 I raise my shaking hand and unwillingly press my cold finger tip against the metal trigger and hear a faint bell inside. I then hear footsteps in the distance approaching the door and the handle begins to turn. The door squeaks open and I am greeted by a semi familiar face, blissfully saying “Hi!” It’s Sizdah Bedar, Nature’s Day, but ... END_OF_DOCUMENT_TOKEN_TO_BE_REPLACED 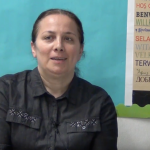 My name is Maryam. I’m from Iran. I came here 15 years ago. I have three daughters. 13, 11, and 9 years old. Our family lives in Mountain View, California. I’m a stay-at-home Mom. We own a rug galley in Mountain View. I want to learn English because I like to talk with everybody. I am a rug weaver and ... END_OF_DOCUMENT_TOKEN_TO_BE_REPLACED 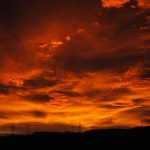 Some immigrants might say, how do you fight against a force with no morals, no boundaries, the shadow to encumber the light of liberty, the ICEberg to sink the ship of freedom, the assassin of the American dream? Life back in Iran was a calm one, with slowly rising tension. Even though war was on the rise, the dream to ... END_OF_DOCUMENT_TOKEN_TO_BE_REPLACED

February 14, 2017 Comments Off on The Emotional Toll of Having to Emigrate 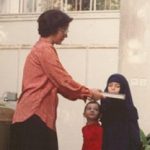 I was born in Iran, and at the age of 10, my family and I absconded from the multi-systemic injustices and immigrated to the US in hopes of extended opportunities and freedom. I was about 3-years-old when the Iran-Iraq war started. Consequently, the only memories of Iran I had included the sounds of sirens and hearing the Iraqi military jets ... END_OF_DOCUMENT_TOKEN_TO_BE_REPLACED 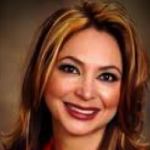 People were getting killed and terrible things happened for no reason, especially if you were a girl or someone from a different religion. Fear. paranoia. All when I was in Iran: Bombs, explosions, suicide bombers, all throughout my childhood I lived in fear. I was paranoid 24/7. There were many fights, insecurities, and I really didn’t feel safe. I didn’t ... END_OF_DOCUMENT_TOKEN_TO_BE_REPLACED

August 31, 2015 Comments Off on Immigration Story for Archaeology & Calligraphy: Bridges To Historic Iran 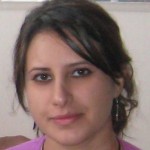 My journey to study Archaeology began in Isfahan, Iran one of the most beautiful historic cities in the world, where as a child I became enthralled with ancient temples and fabulous palaces. Isfahan flourished during the Islamic period and became the capital city of the Safavid kings. During that period entire surfaces of mosques were covered with colored tiles bearing ... END_OF_DOCUMENT_TOKEN_TO_BE_REPLACED