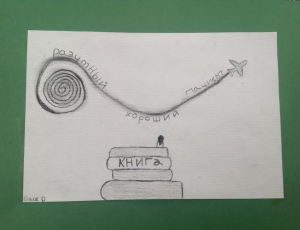 Lidiya was born in the Ukraine in July 1929. When Lidiya was a young child, she moved to Kharkov, Russia. The government there was oppressive, and they killed Lidiya’s father when she was only five years old. When Lidiya was ten, World War Two started. The Nazi party occupied Kharkov, and there was always a lot of fighting nearby. Despite the fact that there was always fighting, Lidiya would go check on her favorite monument of a poet each day. Other than this, she tried to stay inside because of the fighting. Lidiya was forced to stay at home, and there was no school during wartime. Her mother tried to take care of the family as best as she could. This was a very hard time for all of them; they could always hear and see the fighting. When the allies finally recaptured Kharkov, the Nazis left. On the way out, they’d set fire to houses. Lidiya’s remaining family gave the Nazis wine to get them drunk, and then they stopped setting fire to the houses. She read by the light of the burning houses for a while because that was really the only light she had. Later, Lidiya returned to school.

The effects of World War II caused Lidiya to miss enough school that she graduated high school when she was 20. After high school Lidiya went to University and studied biology and chemistry. After two years in University she married her husband and moved to Moscow University because her husband was stationed in the military there. She graduated in 1954.

Her husband was an aviation engineer. His job was to make sure the planes flew well and did not crash. They were first stationed in Austria and stayed there for a year. By that time Lidiya already had a daughter and was expecting a son. She lost touch with her husband for a while, but they reconnected later. Her husband served in the war and by the end of his career he had served in the army for 42 years.

After the war Lidiya’s family spent a lot of time in the eastern part of Russia where the climate was very harsh. Every time the family moved Lidiya got a different job. She taught biology and chemistry to all levels, but her favorite job was teaching these subjects to future teachers. She was also a class dean who took care of the girls and any issues that may arise with them. Science always intrigued her and this was what motivated her to become a teacher. Later her husband retired from the military.

When her husband passed away in 2005, she decided to come to America to be with her son and her daughter. She also had a grandson working at Google, who helped convince her to move. Lidiya first lived in Gilroy and in other places in the Bay Area, then later moved to the Stevenson House in Palo Alto. Lidiya still misses Russia, so she keeps up with events happening there by reading a newspaper called Gordon’s Boulevard. Although she misses Russia, she is glad she moved over to the United States because she thinks everyone is friendly, and she thinks life would be hard without her family.

This story was written by three 8th grade students from Castilleja School in Palo Alto – Grace Douvos, Holly Kuhn,  and Noor Hanafi.  It was part of a service learning project conducted at the Stevenson House for seniors in Palo Alto.  Below are two art pieces done in concert with their interview. A third is at the top of this page. 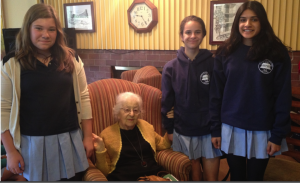 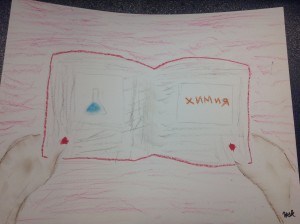 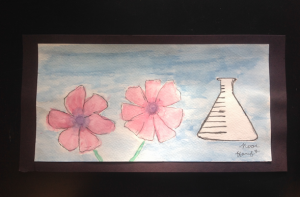