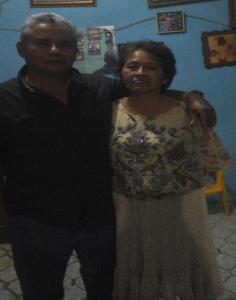 My father Juan Garcia (name changed) born in Chilpancingo Guerrerro, Mexico who I owe my life to and who inspired me to write his story. He was the third oldest of five children. He left Chilpancingo for better opportunities in the U.S. with my mom. He crossed the border illegally and made himself a home in Chicago, where he would later start a family of his own. Learning to adapt to a new way of living, he started working where there were windows of opportunities that presented themselves. Taking advantage of the opportunities, he learned to enjoy life here in the land of the free.

Born on February 16, 1970, and raised in Chilpancingo, Guerrerro, life was tough for Juan. Life was hard for his poor family who struggled to make money and depended on others’ contributions to live. My father, being the only child out of five to be educated beyond high school, found himself studying to become a chemical engineer. He ended up dropping out of college due to a shortage of money by his junior year. After dropping out, he would spend most of his time either playing sports such as soccer and basketball or working on the farm with my grandpa tending the animals they had.

My father left Mexico in the summer, July of 1998, with my mom and they headed to the United States. They left their homes, never to return again. My father’s reason for leaving was to find better opportunities than the ones they had at the time in Mexico, and in the U.S. his siblings were waiting for them. My mother left because she wanted to seek a better life. The trip they endured was risky, especially if they got caught, which could have meant a lot of trouble for them. They successfully entered the U.S. through some smugglers they had met when heading to the border. Once they got into the U.S., my dad’s oldest sister took them to Chicago where my parents began to set up their lives in the U.S.

In Chicago my father first learned to drive from his brother-in-law, and his sister helped them to find an apartment not far from his brother’s house. Within a week, he easily found a job and started to make an income that they could live off of. In the next year, my mom gave birth to my oldest brother Yannick on June 8, 1999. By then, my parents’ lives had been established. My father kept the same job he had since coming to the U.S. He bought a car to drive his family in, and found a house in Chicago in which to live. Four years later in 2003, my father got a job opportunity that would change our lives forever. We moved to Milwaukee, Wisconsin, where the whole family lives to this day.

His life has developed happily in Milwaukee and the family has lived in the same house since they moved to Milwaukee. His family has a total of five people, four of whom are males, my mother being the only female. My family also has a two-year-old spaniel as the family pet. My father kept the same type of job that he had in Chicago and is now a supervisor for the company. His life has been a success; he’s accomplished more than what he expected and he is now sending his parents money. His parents are currently in the process to coming to the United States where the whole family is eagerly waiting for their arrival.

This story was written by the son of Juan.