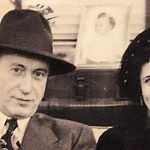 My grandmother, Fruma Dushnitzer, did not intend to become a US immigrant when she came to visit in July of 1939.  She and her 3 year old daughter Fagie, came on a ship, “The New Amsterdam”, to visit her parents in Chicago, as they had never met their granddaughter.  They had emigrated from Lithuania to Chicago in the late 1920’s.  ... END_OF_DOCUMENT_TOKEN_TO_BE_REPLACED

Letting Go of the Philippines

May 3, 2019 Comments Off on Letting Go of the Philippines 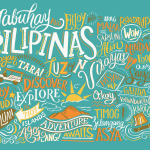 “My life was better.” My mother described her former life in the Philippines, reminiscing in all of the old memories she had of her childhood and young adulthood. My mother was born in 1980 and grew up in the crowded and vibrant city of Cavite in the Philippines. In this city, she lived a standard yet fun and easy-going life ... END_OF_DOCUMENT_TOKEN_TO_BE_REPLACED 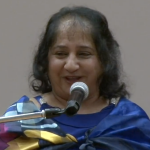 Margaret Petros’ family is Assyrian Christian and they noted ominous changes soon after Saddam Hussein took power in Iraq. At school Margaret had been in a class on Christianity while her Muslim classmates attended a class on Islam, but suddenly the class in Christianity was cancelled and she was given a Koran to study. Neighbors were fleeing in the night ... END_OF_DOCUMENT_TOKEN_TO_BE_REPLACED

One day, a strange woman showed up at the door, saying that Sarah was alive, but she and her family were starving in Kiev. My Great grandfather lost it all when the Communists took over. Joseph was born around 1899 in a village outside the city of Kiev in Russia. He had four brothers and sisters. His parents were upper-middle ... END_OF_DOCUMENT_TOKEN_TO_BE_REPLACED 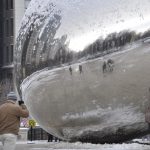 Chicago. \Photo by Francisco Antunes   Coming from Argentina to Chicago, there was a big weather change but nothing my parents couldn’t handle.  They migrated to Chicago to start their own family. There was not really a plan.  My mom and dad were only in their early 20’s. It was in the 1950’s, so segregation was still going around. When ... END_OF_DOCUMENT_TOKEN_TO_BE_REPLACED 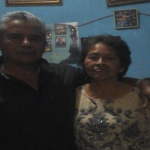 My father Juan Garcia (name changed) born in Chilpancingo Guerrerro, Mexico who I owe my life to and who inspired me to write his story. He was the third oldest of five children. He left Chilpancingo for better opportunities in the U.S. with my mom. He crossed the border illegally and made himself a home in Chicago, where he would ... END_OF_DOCUMENT_TOKEN_TO_BE_REPLACED

April 13, 2017 Comments Off on From Farmworker to Mechanics Shop Owner – Immigration Story 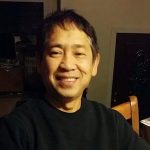 There are many unique immigration stories, but none are exactly like my dad’s story. It consists of many hardships and much patience. Although there were a lot of responsibilities and much loneliness, I must say that my dad conquered them all. My father was from Southern Vietnam and lived quite a normal life with his family. That is until, suddenly, ... END_OF_DOCUMENT_TOKEN_TO_BE_REPLACED

Children Left Behind from Vietnam War

April 13, 2017 Comments Off on Children Left Behind from Vietnam War 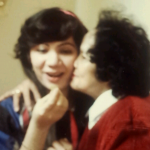 Being born during the controversial Vietnam War is not something that would have been pleasant. Immigrant Linda Le was one of those who was born during a time of great dispute in her country. Caught amidst the conflicts involving her country, Linda, along with her mom, resolved to leave their country. She had endured much during her trip from her ... END_OF_DOCUMENT_TOKEN_TO_BE_REPLACED

Rebecca is an up-and-coming Chinese American author. Within three months of its publication, Rebecca’s first book Green Apple Red Book: A Trial and Errors: A Memoir of a Chinese-American has already won three awards at New York, San Francisco and Hollywood book festivals. This narrative non-fiction uses the author’s real-life experience to put the American and Chinese systems of values ... END_OF_DOCUMENT_TOKEN_TO_BE_REPLACED 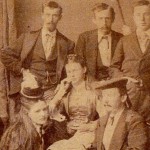 Click here to listen to story as read by Francis’ great-granddaughter, Holly Brady, a resident of Palo Alto. Francis Squair (seated with his 3 brothers and 2 sisters) was my great-grandfather. He was born in the Scottish Highlands just east of Loch Ness in 1848. After studying pharmacology at the University of Edinburgh, he and his brothers immigrated to Chicago ... END_OF_DOCUMENT_TOKEN_TO_BE_REPLACED