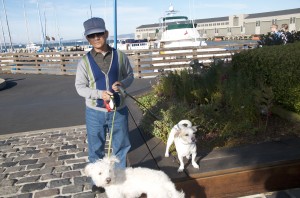 Koichi Koba was born December 13, 1944 in Manchuria, China. Koichi’s father worked as a geologist for Imperial Japan and was conducting a study about the minerals in the area. In September of 1945 Japan surrendered to the Allied Forces ending the war in the Pacific theater.

As Japanese Nationals in a hostile country Koichi and his family had to flee to Japan from Manchuria in 1946. They returned home to a war torn country struggling to rebound from a decade of war. For ten years Koichi’s mother, father, sister and brother struggled to live and rebuild their lives in Japan. Finding that jobs were scarce they joined a wave of Japanese immigrants to South America to find better lives.

In 1955 his whole family made the 47 day boat trip from Japan to Argentina. The Koba family spent the next 20 years learning a new language, new culture and learning new social norms. Koichi spent his teen years focusing on athletics. He was a gymnast and honored his Japanese heritage by studying Judo. As a young man Koichi made his living on a commercial fishing boat. He spent weeks on the sea traveling as far as South Africa.

In 1972 he was introduced to Sun Young Kim by her mother. Sun Young was an Korean immigrant running from war torn Korea. They were soon married and had their first child Hernan Koba, soon followed by a little brother Sergio Koba. Sun Young and Koichi made a decision in 1978 to apply for a visa to move to America. Sun Young’s brothers and sister slowly relocated from Argentina to northern California over the past decade. Koichi always dreamed of living in California so they were agreed. In 1979 they were approved for a VISA. That same year thet were also surprised with another child. Daniel Koba was the 3rd child for the family.

They relocated to Santa Clara, California and lived in a 2 bedroom apartment with Koichi’s brother in law and his family of 3. Koichi quickly found a job working as a gardener. While none of the family spoke English, they found that they were able to find work and communicate speaking in Spanish with the Latino community and Japanese with the established Japanese community in California.

Koichi and Sun Young soon had another child, their first girl, Laura Koba in 1981. Koichi soon started his own Landscaping business and supported the family of 6. After 30 years he finally retired and enjoys his time walking his two dogs and watching over his 4 granddaughters. His children are eternally grateful for everything Sun Young and Koichi did to provide such a wonderful life for their family.

This story was shared by Danny Koba, the 3rd child of Koichi and Sun Young. Danny lives in Santa Clara, CA and works for the YMCA of Silicon Valley as a Regional Director.