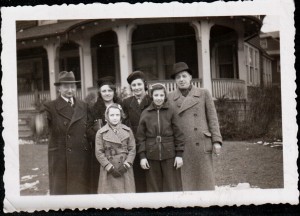 My mother was born in Germany in 1927. Her dad was a dentist and her mom was a housewife. They lived in Bamburg and had a nice, comfortable, multi-story house. With the rise of Hitler, things became increasingly worse for her family. Mom, along with all the other Jewish kids in the Catholic school she attended, was thrown out of school in 5th grade. Today, at 85 and with Alzheimer’s, she says things like – why didn’t the nuns protect us. How could they let them throw us out? So all the Jewish kids went to a 1 room schoolhouse, K-12 all in 1 class. Mom claims she was bad in math her whole life as a result of this.

She said that the Nazis posted a ‘brown shirt’ outside of their building to prevent people from coming up to my grandpa’s dental practice. There was an incident when a Nazi asked grandpa for a light. He gave him one, and then the Nazi beat him up and broke his eardrum. I remember him always wearing a hearing aid. This was the result of this fight. Grandpa used to bowl with people from the old government. At one point, one of his bowling buddies told him, LEAVE. Get out as soon as you can. Luckily for mom’s family, they had relatives in Chicago – the owners of Inland Steel. These relatives sponsored mom’s family to come to America. In September 1938, when mom was 11, they went to Rotterdam Holland, got on a boat and came to America, 2 months before Kristallnacht (Night of broken glass). Her uncle and grandfather had already been sent to concentration camp – Buchenwald. Mom’s aunt went to the Gestapo and paid them to get them out. By the time great grandpa came, the quota for Jews in the USA had been reached, so he couldn’t come in. He went to the Dominican Republic for a few months until the quota opened up. He was one of the lucky ones. Others were sent back to their death. Mom lost almost all of her aunts, uncles and cousins in the Holocaust, along with her paternal grandparents. This loss was devastating to her.

Upon arriving in America, they went to Brooklyn NY. Grandpa didn’t know English so couldn’t pass the dental exams. He went to work in an accessories store in Manhattan. They lived in a tiny, 1 bedroom apartment. Mom, who had left a multi-story home, slept on the sofa of her parents’ living room until age 28. Mom went on to get a Masters Degree in library science from Columbia University, got married to Gerard Hirschhorn,and had 2 great kids! The moved from NY to Minnesota in 1956 and has lived there ever since. She’ll be celebrating her 86th birthday in a few weeks. 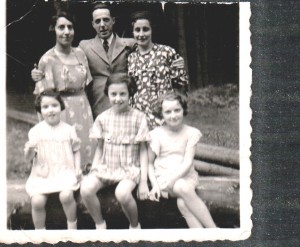 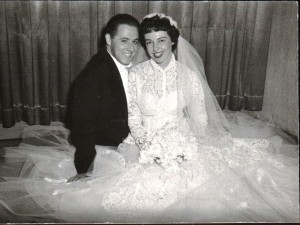 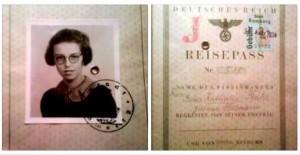