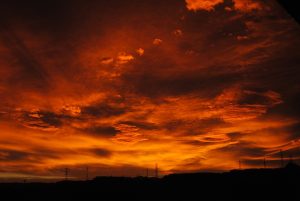 Some immigrants might say, how do you fight against a force with no morals, no boundaries, the shadow to encumber the light of liberty, the ICEberg to sink the ship of freedom, the assassin of the American dream?

Life back in Iran was a calm one, with slowly rising tension. Even though war was on the rise, the dream to arrive to America was strong within the hearts of Medi and his younger sister Akhtar. From a very young age, they envisioned America as a place where “Liberty and the pursuit of happiness is more than a dream; it is a constitutional right.” Though, through the killing of Martin Luther King, Malcolm X, John F. Kennedy, and Robert Kennedy, witnessed by them from across seas, it gave America a sort of bitter-sweet effect. Imagine a hell within heaven itself, the bright beautiful golden gates where peace and happiness are essential, but under all of that exists a fiery core of hate and anguish, ready to burn through and encase the light in its shadowy despair at any waking moment.

America was everything Iran was not; Medi and Akhtar saw all of this growing up. America was a place where opportunities were high and abundant for everyone who was there. They were essentially searching for an American dream, the freedom and opportunity to do whatever you want when you feel like it. Medi first left to America, whereas Akhtar stayed behind to take care of her sick husband. After his passing, she felt as though taking the trip to America would jumpstart her life in a more positive direction.

Medi and Akhtar arrived to America on plane, both with full minds of opportunity and equal rights through the constitution that they would meet here. Though, their experiences with immigration officials would differ greatly. Medi had very little interaction with ICE, but Akhtar got the full blunt force of it. When she first got to America, she had to go back in order to take care of their sick father. Upon his death, she returned to America only to be captured and detained by ICE (Immigration and Customs Enforcement) for 100 days without due process. For no reason at all, even though she came here legally, they were still able to hold her without issue. Remember that hell within heaven? New angels feel the burns from the lives they attempted to leave behind. How would you feel if once you got to heaven, Jesus himself was displeased with you and attempted to send you back. Some say ICE represents the golden harp within heaven, you feel God’s presence very strongly and you hear his music, but the strings of the harp hold you back like a prison cell and threaten your advance. You dare try to pass through these strings? If so, the devil’s claws will grip you by your hopes and dreams, steal them, and return you to where you came.  He will also close Heaven’s gates and eliminate the holy staircase.

When Medi first arrived to America in the 1980’s, the education he received in Iran was not taken by the American people, and because of this, he had to work very hard for everything he had. When Akhtar arrived in the 2000’s, her Iranian education, too, was not accepted; whereas she was a teacher in Iran, she had to get her start as a babysitter in America. Akhtar then worked her way up the ranks to become a teacher once again in America. It just goes to show the amount of potential people have, and when they get to this country they have to work twice as hard to show everyone what they are truly capable of doing.

As of now, Medi is into a different field based around engineering. Upon Akhtar’s freedom from her 100-day sentence without due process, she began to once again pursue her goal, to become a teacher. Medi’s hope for the future is to continue on his path and lead a successful life for himself and his family. Akhtar’s hope is to avoid all other altercations with ICE and lead the life she once dreamed of. Upon reaching and thriving within Heaven’s gates, you begin to experience the dream you could only imagine as a young child. Although the clouds are thick and fluffy and the light draws out the darkness, the threat of ICE and deportation still looms in the distance. Your angel wings may be bright and powerful, but Hell’s fire is still hot enough to burn you from behind.

This story was written by Kris Shawn Chapman Robinson, a student in the Bay Area, whose family is friends with Medi and Akhtar.