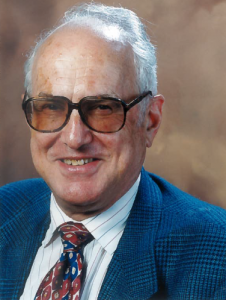 Fritz Weinberg originally lived in Norden, but moved to Hamburg with his Jewish family, as it was a bigger, safer city to live in. They considered themselves very poor, as they only had two servants, but in fact had enough money to escape later on in life. Fritz had an older brother who was six years older than he, named Eric, who was sent to Palestine because it was too difficult to keep him hidden. Eric was successful in the Israeli army and in 1953 his family came to visit him. Fritz’s aunt escaped Germany by walking through the marshes of Holland, and his uncle fled to South Africa. Fritz’s maternal grandparents owned a department store in West Germany. Fritz’s father was a dental surgeon, after serving in WWI.

His family was lucky enough to buy visas, but when they attempted to use them, countries still wouldn’t allow them to emigrate. However, his family was wealthy enough that in January of 1941, using lots of bribery, he and his family were able to fly from Berlin to Moscow. From there they took the Siberian Express to Shanghai, which was then occupied by Japan. Japan, thankfully, allowed Jews to enter and live in Shanghai, although none of the Jews really intended to stay in China for very long. Fritz—age 13 when he came to China—and his family lived in one room, surrounded by overwhelming poverty. To illustrate just how poor the neighborhood was, Fritz said that if he dropped a shoe out the window from his family’s room, by the time you got outside it was gone.

When they arrived, the Jews set up a school there, where Frank learned English. They didn’t bother learning Mandarin since they knew this setting was temporary, and only learned enough Japanese to get around easily. One of the teachers at this school later became a rabbi at a temple in Alameda, California, where Fritz was a cantor for a couple of years.

The JOINT committee was a huge help in keeping Jewish families like Fritz’s alive, all around the world. Along with JOINT, an Indian family, the Sassoons, helped by gathering food and other necessities for them. Just as the Japanese began to put Jews in a ghetto, the war ended, and the United States occupied Shanghai. Fritz worked as a civilian in the US Navy, where he learned a lot about American business and culture. In 1947 Fritz came to Oakland, where he had cousins willing to take him in. When he came and studied accounting at Golden Gate University, his commander from the Navy coincidentally became one of his clients.

Fritz, who changed his name to Frank, was a brilliant, kind, fun-loving man with a great sense of humor. When he took the CPA exam, he got the sixth highest score in the country. He was insistent on becoming a teacher at Golden Gate University, so he did, and was a beloved one, at that. When his students were asked to rate him on a scale of 1-5, he never got lower than a 4.7.

Frank eventually became a cantor, and then the president of temple Beth Abraham in Oakland for three years.

Frank met his wife, Irene, at a Jewish group. Irene’s cousin brought her, and when the rabbi asked for a volunteer, Irene raised her hand. Frank noticed her and asked her out on a date, where they genuinely talked for three hours. They had a civil ceremony first in California, after which Irene flew back to her home in New York, Frank following a week later. He was happily married until the day he passed away, having had two daughters and one son, and, as Irene put it, “lots of fun.”

This story was shared by Irene Weinberg and written by a student volunteer, Emily Ross.