For the Greater Good (Iran) 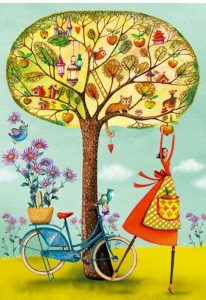 Farah Barnia was born in Iran and immigrated to the United States by herself in May of 1978 at the age of sixteen. In her homeland, she lived with her parents and five siblings until the age of five, when her mom passed away. Her father considered himself a nationalist whose main goal was to make his country better. For that reason, he was heavily involved in aiding the underdeveloped states. Ms. Barnia traveled to those regions with her father where she was exposed to the suffering of her Iranian people.

From there, she became very involved in her community. Over the years and decades, she created an Iranian community resource center and she served on boards of several non-profit agencies that focus on women, education, and human rights. She held her first job for eleven years where she learned so much about social services offered by the U.S. to help refugees and immigrants resettle into their new environment. Unfortunately, she was eventually laid off from this job due to her exposing corruption that had been going on in the organization. After overcoming this difficult situation, Ms. Barnia came to the realization that she did not want to participate in corporate greed and was determined to put the well-being of others before her own.

Since then, she has worked with the Santa Clara County government for a span of over 20 years at the Social Services Agency, proudly influencing the lives of many clients who have needed support. This kind of work also helps Ms. Barnia to continuously learn and develop. With her ability to speak four languages, along with her unique talents of connecting with people through storytelling, humor, and non-verbal communication, she has made it her most important goal to promote education and self-awareness to everyone she meets.

Farah Barnia believes that although nobody is perfect, we must collectively realize that we are all simply human and that we must strive for peace, justice, and equal opportunities to reach our full potential as a country. With a humble, yet powerful presence, her stern voice lets you know that she is both determined and driven. In her words, “The most important thing that we have is ourselves. If we can promote and develop our own abilities, we can overcome a lot of weaknesses in our lives.” Her story and dreams for the future motivate others to keep pushing forward.

“The most important thing that we have is ourselves. If we can promote and develop our own abilities, we can overcome a lot of weaknesses in our lives.”