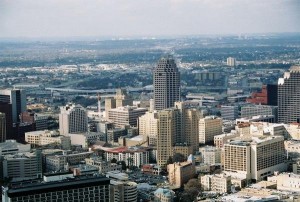 Estela Marin was a young girl that didn’t have the things that the others had. She was 11 when she started working. Life was very hard for her because her family was really poor and really couldn’t afford stuff. She got food for Christmas and money from jobs.

Her mom and dad finally decided that they needed they needed to move to the land of opportunity (America). She was 14 years old when she first came to America. Unfortunately a lot of people that weren’t Mexican insulted her because she was Mexican. She got her first job as a babysitter until she was 15 years old. She was happy about the life she was living. She was still pretty homesick. She missed the beautiful weather, festivals, but most of all her friends. She came to America during the time of segregation, but luckily she was not affected by it. She lived with her uncle for a year and then her dad finally got a house for them to live in. Then her brother said they had a house for them in San Antonio, so they moved there.

Unfortunately they were still poor and had to get government assistance. Their neighborhood was bad at the time. The years went by and she met my grandpa Raymond who was a carpenter. They became married and had my dad, Steve Marin. My dad served in the Navy and now works at Lackland Air Force base in San Antonio.

My grandma wishes that she could bring the people that needed the help the most to the US so they could have good lives too. She still has family in Mexico till this day but they are not poor and are living good lives. She loves visiting her friends and seeing how far they have come.

The thing that she is happy about the most is that she made a family that didn’t have to go through the same problems they had to.

This story was submitted online by Steve Marin, a grandson of Estela and Raymond, living in San Antonio, Texas.