February 7, 2019 Comments Off on Hopes to Return and Build House (Mexico) 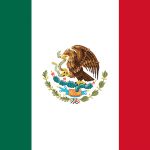 My stepfather Mauricio (name changed) was born in 1977 in Quintana Roo, Mexico. He came to the United States to make a better living and hopefully save enough money to build a house in Mexico. In his town, there was not a lot of work because Mexico had economic problems. He had cousins, aunts, uncles, daughters and siblings that lived ... END_OF_DOCUMENT_TOKEN_TO_BE_REPLACED 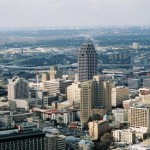 Estela Marin was a young girl that didn’t have the things that the others had. She was 11 when she started working. Life was very hard for her because her family was really poor and really couldn’t afford stuff. She got food for Christmas and money from jobs. Her mom and dad finally decided that they needed they needed to ... END_OF_DOCUMENT_TOKEN_TO_BE_REPLACED

Ken Vanbree’s great grandfather, Arie Vanbree was born in 1845.  At the age of 11, Arie moved with his four siblings and father from the Netherlands to New York by sailing ship. It is believed that Arie’s mother died before the family decided to immigrate. They sailed  on the “Arnold Boninger” a Prussian ship which left from Rotterdam and arrived in ... END_OF_DOCUMENT_TOKEN_TO_BE_REPLACED

Larry Klein’s grandfather Lazar Kasofsky, born in 1884  in the rural town of Slonim, Russia, was the eldest of seven children in a Jewish family. Late 19th Century  Russia was a dangerous place for Jews. In addition, the Russian army conscripted boys at age sixteen, many never to be seen by their families again. With these facts in mind Lazar’s parents, Jacob and Ester Hanna, decided ... END_OF_DOCUMENT_TOKEN_TO_BE_REPLACED 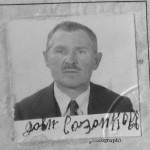 My Grandma and Grandpa decided to leave Simbirsk, Russia and begin a new life in the United States. They started their emigration from Simbursk in Oct. 1900 traveling through Siberia to China. Eventually they left Harbin Manchuria China, with John (Ivan), their only surviving child, and made their way to Kobe, Japan. In March of 1910 – 10 years since ... END_OF_DOCUMENT_TOKEN_TO_BE_REPLACED