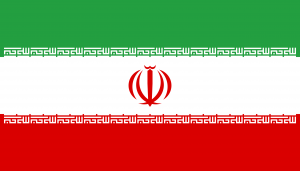 At the age of eight, losing both parents is not something a child should go through. I remember hearing shaking words (in Farsi) come out of my sisters mouth, “Vic (name changed), we have to go to the hospital mom and dad were in an accident.” I was rushed into the car by my sister and we were on our way. My parents had got into a car accident and did not make it. My whole world felt shattered, I was a little 8 year old boy who knew nothing but had so much life left to live.

I was born in Tehran, Iran. I was originally raised by my parents, but after their passing in 1971, I was raised by my aunt and my 4 older siblings. As much as I was grateful to have them, I still just wanted my parents.

As much as I was broken by my loss, I lived a pretty normal life. I went to school, did my chores, and played around. I had friends, mostly my cousins, and we would play in the streets for hours just running around.

A couple years later, my whole life changed again. This time it was the whole country’s life that had become threatened. The Iranian Revolution. America downplays the whole thing. They try to make it seem like they were the “good guys.” I lived it, so I know about what actually was happening.

The people of Iran were deceived by religious extremists by filling their heads with lies about how the Shah of Iran is a dictator and there is no Freedom of Press, Freedom of Speech, and lack of social injustice. The United States was against Iran getting too westernized. Ayatollah Khomeini was the leader of this revolution with the help of Britain and the United States. They did not want the Shah as an ally because he was getting too powerful and controlling oil prices, which the United States and Britain did not agree with.

The burning of a cinema in Ahvaz, intensified the revolution and maybe was even the start of it. I believe that the extremists started the fire, not the Shah’s which some people believe is true.

While this was all happening, I was watching it with my own eyes. My aunts and uncles thought it was best for me and my brother to escape to the United States and start our lives there. Luckily I had an older sister who already lived in California .When I was going through security in the US, the police at the airport took all the videos I took of the revolution. Until this day I do not know why, but they gave me back my film and it was all empty.

I moved to the United States when I was around 15 years old. I got sent to a boarding school in California, I first lived in Los Angeles with my sister who is married with a kid only a little bit younger than me. It was hard getting sent to a new school, and I didn’t even speak the language so it was incredibly difficult for me, but luckily I made some Iranian friends that helped me get through it.

Once I turned 18, I got some money that my parents left me. But I did not have enough money to go to college, I took some community college classes but it was hard working and taking care of myself at the same time. I moved to the Bay Area with my brother and I started working in a furniture store with my friend. I met my wife when I was around 23, and I got married a couple years later and had my first kid. As time went on, I had two other kids and I opened my own furniture store. The start to my life in the United States was not easy, but it could have been a lot worse.

This narrative was written by a relative of “Vic” – a student in the Bay Area.