A Victim of Blockade and Poverty in Cuba 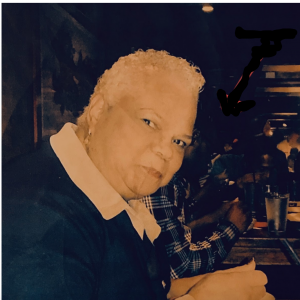 The flashing lights from every direction . Different languages spoken. I hear something but cannot make it out . The smell of leather and fresh food. The nice clean bathroom. White and with simple tiles on the wall. People rushing back and forth, not caring in the world who is in front of them. And, all I do is wait.

I am Afro-Cuban and part Chinese. Havana was the most beautiful place to grow up in. The lands were rich in soil. Where the sugar canes grow high as tall as young me and the coffee grows so rich and dark in the soil. The beaches were as clear as the  clear sky with no clouds. I could smell the ocean breeze and the soft brown sand between my feet. It was transparent and had beautiful waves that would crash into each other. Where you could see the sun shining down on the waves. The plants and flowers were always fresh and gorgeous. The fruit was so juicy that I would go outside and just pick them all day long. They would be so ripe and beautiful. They would be the perfect color. And, everywhere you went there were big grins around you. The corner of their mouths would touch ear to ear.

Cuba is a communist country and though  I am not allowed to really talk about the government and, yes I might be a dual citizen but I still respect my country’s wishes.  But, they would make trouble in schools. Some people thought that Castro and the revolution were good. The United States wanted no part in that. So, the United States decided  to make a blockade where foods and merchandise could not go in or out.  I am not interested in politics never was and never will be but the government did affect me alot.

I was dirt poor before I left Cuba because of the United States and because of my own  government. The United States had a problem with Cuba and I still do not know why till this day but all I know is that the  United States is very wealthy and was going to be good for me and my children.

This made me feel trapped and made me feel stuck because I had nowhere to go. But I knew if I didn’t go to the United States I wouldn’t have much progress in my life. I left when I was around 27 years old with 3 of my beautiful girls. I had to make sure my daughters could get better futures because we had no money, no food and barely any clothing.

We left Cuba in 1976. I went from Cuba to Madrid to New York. When I left Cuba yes I was sad to leave all the people that I loved behind.   The beautiful music was always playing in the streets and people dancing and laughing. Even strangers  would just start dancing with them because everyone was family there.  The neighbors were like your family. They would always have our back no matter what.

But at the same time, I was happy to leave because I got to have a better opportunity not only for my daughters but for myself.  I could get away and live the life I’ve always wanted. Even though, it was gonna be tough I knew it was going to be better for us. There was a motto I would say “Agridulce” ( Bittersweet).I was feeling happy and sad that’s why I was feeling bittersweet. I would feel mixed emotions during this journey. Thinking, “was this a good idea” or “will I be successful in the states”. I wouldn’t know unless I try.

I was not scared either because I do not believe in being scared. If i’m gonna do something I go deal with it and do it. They used to call me “The General” because generals never cry.

On my way to Madrid we made a stop at an Island. I don’t know the name of the Island but it was a beautiful Island.The beaches were clear and clean. The people were very nice and would always have a big grin on their faces.  It had a big buffet, I have never seen such a big buffet before. I’ve never experienced so much food in my life. I’ve only seen them in the movies.It was like being born again and seeing your mom for the first time. Your eyes widened.   We only stayed for like a couple of hours and then left. Then we went straight to Madrid. After one year we flew to New York.

I remember sitting in the hospital not knowing what to do. I had no family and I didn’t speak English. I was screaming and screeching for help. No response

Three hours later “are you okay ?”

I remembered being asked that but I didn’t respond. It was like I was a child again when I got in trouble and didn’t know what to say to my parents.

I screamed once more. My baby started to come out. All I remember were bright lights and a white hallway and blue leather chairs in a row. They finally came to me asking me questions I had no answer to. I felt ashamed and embarrassed.

While in New York I had my youngest daughter Millie. She was very beautiful and still is. She came out a beautiful pale color with dark brown eyes. She was very tiny and was so chubby and adorable. She was the only daughter who was born in the states. It was overwhelming because now I had one more daughter to provide for and I didn’t know if I could make it.

The obstacles that I had faced were honestly learning English. Living in the United states, learning English is key. And if you’re very young it is easier for you to learn the language. I mean yes I was young but I also had children to think about with no husband. I was an independent mother for the majority of my life it was hard to survive. It was like I was alone in the wilderness and the animals and me spoke two different languages.

Arriving and getting to the United States the first thing I knew I needed to do was get a job to provide for my girls. I was thinking “ Where am I going to work, I don’t speak the language, I don’t know anyone”.But I do remember and one of my goals is “No to do drugs or to let anyone stop me from my success for my children”  I always told my kids “ NO DRUGGIES AND NO CRAZY CRACKHEADS”

Since I did not know any english. My first job was to be a maid at a hotel. I do not remember the name but I knew it was the easiest paying job. It was ofc ourse weird because I didn’t know if I was doing a good job. But, I didn’t care because I would get the job done. I knew I would have to work hard.

I then took my  girls to San Francisco around 1979  where I met my first friend. I did not know English but she did. She taught me English. She was a very good friend to me and the girls. From there I knew I  wanted to be a teacher, so I got my teaching credentials and started working as a teacher. I loved working as a teacher. It made me happy seeing all those kids walk through that door.  I got to experience kids from all different ages and grades. But I mostly worked kindergarten to 2nd grade. I loved working with the smaller kids because their little hearts made my day everytime they set foot into my classroom. They were like my own.

I love to cook and did not really eat state foods. I always stayed with my cuban cuisine and would not try state foods until I tried Spaghetti and meatballs. Tasting the fresh pasta and the tomato in my mouth with the meatiest meatball. It was  in a red bowl with white stuff on it. I had no idea what it was. They said it was called parmesan. I’ve never heard of this parmesan but the savory taste in my mouth made me drool.

My life today in 2020…. I am retired. I have 4 daughters, 8 grandchildren, and 3 great-grandchildren. I love them dearly. I enjoy spending time with all of them especially mi vida diana (my life, deeanna). I have been taking care of all of them and have enjoyed taking care of them. They have the warmest hearts that just make my day. They’re my sun to my cloudy days. I don’t know what I’d do without them. They are the best of me.

Some major things that have happened to me is that I had multiple surgeries on my back but I still live healthy today. Some days I do struggle to walk or even get up in the morning. But, I am glad I am here today because if I had not moved I would’ve not survived this long. I am really proud of my family because they have kept me going and have been good, responsible people. I love them and they are the reason I am here today.

This was written after an interview by Milagros’ great granddaughter,  DeeAnna Jurand, a student at Eastside College Preparatory School, in East Palo Alto, CA.