December 15, 2021 Comments Off on Journey to Freedom 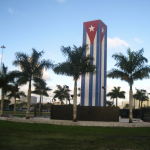 -How old were you when you left Cuba? 31 years old. I left on January 20th, 1971. – What did you do for work in Cuba? I was a barber. My father was a barber as well, and when I was 12 my mother sent me to his shop to start learning from him. At first I would just help ... END_OF_DOCUMENT_TOKEN_TO_BE_REPLACED

February 11, 2021 Comments Off on Roller Skates to Revolution 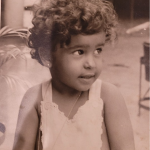 This is a story about a resilient and smart kid who loved to roller skate and her journey to making it to America as a political asylum seeker from the Castro regime in Cuba.  Beby Kells was born in 1949 in the beautiful town of Guantanamo, Cuba in the Oriente Province. She was ... END_OF_DOCUMENT_TOKEN_TO_BE_REPLACED

A Victim of Blockade and Poverty in Cuba

June 26, 2020 Comments Off on A Victim of Blockade and Poverty in Cuba 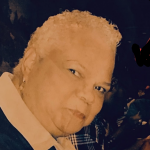 The flashing lights from every direction . Different languages spoken. I hear something but cannot make it out . The smell of leather and fresh food. The nice clean bathroom. White and with simple tiles on the wall. People rushing back and forth, not caring in the world who is in ... END_OF_DOCUMENT_TOKEN_TO_BE_REPLACED

My father, Tomás Ignacio Morán Santos, came to the United States with his family in August 1961 from Cuba. He was accompanied by his wife Laydée and his three very young children, Tomas (me), Enrique, and Susana. While the entire family had opposed the Batista regime and supported the Cuban revolution, my father grew concerned in early 1961 when the ... END_OF_DOCUMENT_TOKEN_TO_BE_REPLACED