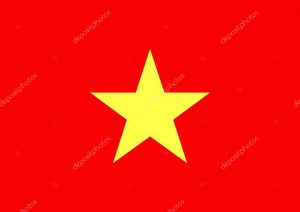 Life could have been worse for me. I was thirteen when I got my first job, selling bread
and vegetables for about two years. Because of the Vietnam war, there were few jobs, meaning,
this was the only way I could support my family.

I was the youngest of eight siblings; four brothers, four sisters. We made all of our
clothes to save money, but I was always getting hand-me-downs. It was hard, but we had food on
the table, and for that, I was thankful.

Education was very important to my family, as we knew it was the only way to have a
better life. My brother was the smartest of all. The school he attended had a program similar to
exchange students, which allowed him to go to America without having a financial burden. He
majored in architecture and computer science, and once he got a job, he sent money to my
family. During the war, army men would raid houses in search of men over the age of eighteen,
with the goal of drafting for the war. My family was afraid of my older brother getting drafted,
so my mother used all of her savings to send him to Hong Kong. There, he got a job, and began
sending money to our family. Without their support, we would not have been able to afford food
or clothing.

After the Vietnam war, everything got worse. Somehow, even fewer jobs were available. We no
longer had a steady income; we were not likely to survive. I missed my brothers; I missed being
a whole family. It took about two years for my mom to be legally allowed to emigrate to the US,
which was lucky, because for many others, it takes much longer. My brother, living in America,
sponsored our journey to the States and we began our new lives when I was twenty-three. I
started attending ESL classes to learn English, and community college to obtain a general
education degree. I got a job as a cashier, and then at a bank, working in Data Entry. We lived in
Massachusetts for over fifteen years, saving money. I met my husband there; we were married in Boston, then soon moved to San Francisco, California, where we started our life. We now have a
happy family, with two children. It was hard, but worth the wait.

This interview was conducted by Amori Alcala. It was translated by Vivien Chen and the narrative was written by Amori.