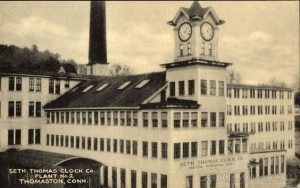 As Atticus Finch said in Harper Lee’s To Kill a Mockingbird, “I wanted you to see what real courage is, instead of getting the idea that courage is a man with a gun in his hand. It’s when you know you’re licked before you begin, but you begin anyway and see it through no matter what”.  It was courage like this that allowed my great grandmother Henia Katz Maimon to immigrate to America. Henia was born in 1903 in a small village named Ozmanaya, Poland into a farming family with the dream to become something greater than what she was. She grew up Jewish near Vilna which was known for being a prestigious place for Jewish learning, only second to Jerusalem. When Henia was only two years old her father died from disease and her mother soon remarried. Her mother gave birth to her step sister and she soon began to be ignored by both her parents and would receive only some straw and a blanket for bedding. She would later tell her daughter that she was “the Jewish Cinderella”. When Henia was 11 years old she was diagnosed with the mumps, a very dangerous and deadly disease, which is now preventable by a vaccine. Because of the disease, she lost hearing fully in one of her ears and could barely hear in her other one.

As she grew older she began to hate her life in Poland and finally, when she was 16, she decided to leave home to find a new life in the United States. She contacted her Aunt and Uncle who were living in the United States and they told her she could stay with them. Henia traveled to Rotterdam, Holland to take a ship to get to the United States and brought nothing. The conditions aboard the ship were terrible. She lived in a 3rd class room and slept in compact bunk beds with the other poor passengers. Not only were the conditions terrible but she had very little to eat. The ship served mostly herring for the trip which she could not eat because she was Kosher. Finally, after a week of travel, she arrived on Ellis Island in New York expecting her Aunt and Uncle to meet her there. She searched for them even though she was mostly deaf and didn’t speak a word of English. Eventually, she realized that they were not there but was not allowed to enter the country. This is because single women were not allowed to immigrate because of gender inequality at the time. She was only allowed to stay for 14 days in bunks inside the facility there. If her Aunt and Uncle didn’t come to pick her up she would be sent back to Poland and denied immigration status. She would later recall that “If I wasn’t picked up I would have drowned myself in the ocean”. Thankfully, her Aunt and Uncle arrived on the 13th day after reading about it in the Yiddish newspaper where young Jewish immigrants were often listed when they arrived.

Henia now began to stay with her Aunt and Uncle in Brooklyn, New York but also had cousins who were living in New London, Connecticut. Because she never received any formal education of any kind, the family helped her get a job working at a clock factory in Connecticut and had her stay at a boarding house nearby. When she was 18 years old she met a man who stayed a night in the boarding house. This man was friends with William Maimon, a 25 year-old man who owned a general store in Brooklyn. William heard about Henia and decided to meet her. They courted for about 6 months. During this time Henia would travel to Brooklyn and stay with her Aunt and Uncle to meet with William. Eventually, they became engaged and set a date for a wedding. One week before the day of the wedding there was a massive Spanish flu outbreak in New England and William caught it. William’s parents urged him to call off the wedding but Henia insisted that they go through with it which they did. However, William spent most of the rest of his life ill.

William and Henia would go on to have 4 children, 3 boys and 1 girl. The girl was my grandmother Adele Perlman. Throughout Henia’s life, she would place a huge importance on education, even though she never received a day of schooling in her life, especially with Adele. She insisted that Adele would study something that allowed her to be independent and earn a living so Adele worked hard to become a doctor. Adele remembers that “She put a great importance on things that would help her children succeed in life even though she was never exposed to them”. Now Henia’s story is passed on from generation to generation to remind us of the true courage and bravery it took to start a new life in America.

This story was written by Henia’s great-grandson, Colby, a student at Palo Alto High School.