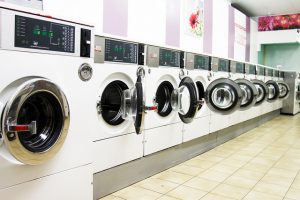 …in Mexico we had a four-walled home with no bedrooms, no bathrooms, and no kitchen. Although you’d sometimes sleep inside, the bathroom and kitchen were always outside. When I came to the United States, I was very surprised to find a bathroom, kitchen, bedrooms, and even carpet…

I am the 51-year-old mother to 6 children, including the interviewer, and I was born in Tekax Yucatán, Mexico. My family are the descendants of Mayans who lived in that area, but I have traveled from place to place, curious of the different environments and communities surrounding me. My daughter has told me that I always sought differences and unique experiences, whereas everyone else around me told me to conform to them and only them. I, however, came to the United States with my husband-to-be as a response to my community members. I currently have no job, helping my husband, Joseluis Rodriguez, with his job as a janitor at a driving company. My hobbies include baking, watching novelas, soap operas in Spanish, with my husband and sometimes youngest daughter, and babysitting my grandchild, Cassandra Leah Rodriguez.

I never quite stayed in the same place. I was constantly moving from home in the Yucatán to school (high school and college). I had always dreamed of traveling the world and space (from Europe to the moon), so when I heard about the economic opportunities and technological advances in the United States from my partner, at 21 years old (and he at 19 years old), I came, fulfilling my dream of traveling. I dropped my job as a teacher. I, however, never quite got to travel much farther than just city to city in California when I got here because I had four kids and decided it was time to settle down. We struggled the first few years, but eventually became stable and we had two more children.

On my way to the U.S., I came with my partner and smelly cheese. I came on a train and recall getting a huge blemish on my face from all the smoke and dirt. When I arrived at the border, it was much more open than it is now, I met a guard there and he took my cheese to inspect it, so he left and I, confused as to whether or not he told me to go, just crossed and kept going. Then I made it to California. I remember thinking about how grand everything looked and rested because of the long journey I had made.

When I first arrived in the United States, I distinctly remember all the beautiful lights that surrounded me. From passing cars in the freeway to sky-touching towers lighting up the cities. Where I lived, I do not know if it was either that I was very poor or that Mexico in general didn’t have these technological advances because of its economic state. I do, however, know that I loved the sight of these new and wonderful things. My husband, when we were in Mexico, told me about these machines that could wash our clothes for us. Where I lived, there was no such thing! The only way we knew how to wash our clothes was by hand right by a local river (where people would also bathe themselves). Another difference was that in Mexico we had a four-walled home with no bedrooms, no bathrooms, and no kitchen. Although you’d sometimes sleep inside, the bathroom and kitchen were always outside. When I came to the United States, I was very surprised to find a bathroom, kitchen, bedrooms, and even carpet all inside just one apartment.

Today, I have settled down in the two-bedroom apartment in the Bay Area (which I have lived in for around 8-9 years now). I have definitely adjusted to my life here in California and the fact that so many people speak my native language made it even easier to adjust. Currently, my brother and his children live just a few miles away and my husband’s sisters live just a couple of blocks away, so I feel comfortable with my community. If I had the chance to (if I got my citizenship), I would definitely go back to visit my original hometown and show my kids around the place where I grew. I don’t quite miss anything though, I have always wanted to move around and was quite accustomed to it because I did so quite frequently in my adolescence. Where I live in now, I most appreciate my children, husband, and grandchild because I love them with all of my heart. I would sacrifice anything to be with them and protect them, as would any other caring mother.

This story was written by a student in East Palo Alto, after interviewing her mother.