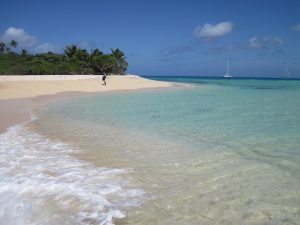 Keleki Tuitavake was adopted and raised by his Aunty because his father didn’t have the time nor the money to take care of him, but still loved him and currently lives in Salt Lake City with family. He grew up in Tonga in a small town on a farm with the rest of his family. He was very successful in high school and was always one of the top students of his class. In his free time he played rugby with friends and helped out on the farm. He also was active with the youth at church.

For his last two years of high school, he moved schools to Liahona High school to try and take the tofolo exam. If he succeeded in taking this exam in English he would be given a sponsor to PCC (a study abroad program for any Tongan who wanted to continue their education), a free scholarship, and a continued education in America. Although he did not pass the exam he did meet my mom there. He lived in the school’s dorms and although he was still very smart, he was struggling because of the constant harassment and annoyance of elders who visited and tried to preach the Mormon faith to the kids who lived in the dorms.

Eventually, Keleki succumbed to their annoyance of trying to convert him even though he was already affiliated with the Christian faith and so he was baptized by them. One week later his aunty came and took him out of school and beat him for being baptized by the Mormons. He never finished high school there. Soon he was forced to get a job if he wasn’t at school and so he took up a job in the offset department for the Government Printing Factory of Tonga, which was also the only printing factory on the island. Keleki later received his high school diploma.

After receiving his high school diploma he went to continue his education in Fiji from 1982-1985 but never received his college degree. While in college he did try and major in printing but since he never received his college degree he never got the job he wanted. Today he satisfies his passion for typing and printing by typing the Metokoni which is a booklet for church on what the pastor is going to preach. He then moved to New Zealand 1986 for vacation (3months), went back to Tonga and then in (1987), went back to New Zealand for a better life and played rugby over there in the top Rugby club in New Zealand because “they helped me file my citizenship papers to become a citizen there.”

His ultimate dream was to move to America and become a citizen there. When he first came to America, he was in Hawaii and he lived there for 3 years. He had a Filipino friend who he worked with in a hotel that he worked at as a part of the maintenance staff. After staying there for 3 years, he left again and went to California to live with my mom and be with his kids. Keleki later on had two more children whom he sent back to Tonga to live with the majority of the family who could take care of them.

He continued to play rugby and started in the church band. Today he currently takes care of his daughter and the two youngest sons who he sent back to Tonga to be taken care of. He currently has lived in East Palo Alto California for more than twenty years and is happy because moving had always made him sad since he always stayed in places long enough to create really good friendships and so it pained him to move but he did because he was confident that one day he would find a place that he was satisfied with, and he did. He also uses his passion that he found in high school for carpentry and architecture to build and improve his current house and uses that passion to encourage and help his daughter who is currently majoring in architecture. Although he does miss his old friends and family, he keeps in touch with everyone and now has plenty of new friends and family including his grandsons.

He also doesn’t have to worry about losing his native language and culture because of constant Putus which are parties. At these parties foods like Otai fruits that have been shredded into small bits and made into sweet tasting drinks, and puaka which is roasted pig.

This story was written by Semisi Tuitavake, the daughter of Keleki, who attends Eastside College Prep in East Palo Alto, CA.