Through the Tunnel to the Dream 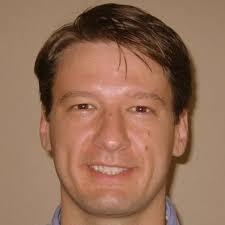 Little did I know that not only the war would last longer than I expected, but I wouldn’t see eye to eye with the country I once stood proudly for.

A war broke out in Bosnia and an opportunity presented itself for Haris Japic to emigrate to Italy. After two years in Italy he admired the American Dream and sought to immigrate to America to pursue it.

The American Dream is what I wanted to pursue, but I didn’t always know it. Attending college at San Francisco State University and later Wharton, wasn’t where I thought I would go, but every event and decision led me to find what I wanted from life and my hard work allowed me to get there.

Living in the country formerly known as Yugoslavia, there were three things I knew I would do with my life, go to school, play basketball, and get a job. Not much more.

I was a 18 year old man who towered over people as I walked the streets of Sarajevo. My blonde hair faded to a thick brunette shade. I grew up with two parents and a younger brother. We lived in a nice 3 story apartment in Sarajevo. In fact, this apartment stood in the olympic village where the 1984 winter olympics took place. This was home.

We occupied a dwelling on the first floor with the parking garage right below our feet. I spent countless hours working tirelessly on my shots and ball control in the garage. A single hoop nailed to the wall, eight dim lights illuminating the dark space, and a torn up rubber basketball were all that I had at eleven o’clock at night.

Other occupants in the building would screech and shout for me to go home or else they would call the police. When the Bosnia conflict rolled around in 1992, my life took a bit of a turn. The apartment went from holding four people to two when my mother and younger brother decided to move to Austria right before the war broke out. I didn’t see fit to leave because I believed the war wouldn’t last long.

Little did I know that not only the war would last longer than I expected, but I wouldn’t see eye to eye with the country I once stood proudly for.

It was the scorching summer of 1994. The moon still illuminated the sky and the sun was just ready to creep over the horizon when my basketball team had to leave. I rolled out of bed wishing to grasp to the warmth of it for a little longer. Sleepy eyed, I grabbed my heavy bag and slung it over my shoulder. It was almost six a.m. and the warm morning air buzzed around our bodies. The scraping feet of eleven large males shuffled to the rusty bus.

My basketball team, Bosna, was chosen to represent Bosnia in a tournament in Italy. Almost all of my teammates, including myself, never had a glimpse of life outside of Yugoslavia. All they knew was what the two T.V. shows that aired from 8pm-9pm revealed on weeknights. The groans from the engine persisted as the wheels of the bus rolled towards the airport. After long hours of sitting on sticky, sweaty seats, the small group of us arrived at a destination that wasn’t an airport. The bus driver creaked the doors open and we all flushed out of the bus. The driver, whipped out a cigarette while we proceeded to heave the heavy bags out of the bottom of the bus. When all that was left was the butt, the man crushed it under his sole, shook hands with our coach and creeped back onto the bus.

Confronting us was a cramped, dingy lifeline tunnel. My feet trudged behind the single file line of my teammates as we shrunk our bodies to just squeeze into the tunnel. Burning legs had to carry us a few miles stretch to where we would eventually depart via plane. I gazed up every few seconds to see how much farther the end was, but all I saw was pitch black. I was left hopeless and exhausted. My moist shirt stuck to my body and my slick hands had to readjust to grip my bag every fifteen seconds. After endless steps across the dark space, my team finally reached a gleaming light at the end of the tunnel.

The conclusion of that tunnel represented the opening of a new experience.
The trip out of Bosnia was refreshing and pleasant. We played games at various locations and got to enjoy the lifestyle of a country other than our own. By the end of the trip I met a man in Cagliari, our last destination before heading home, and he presented me with the opportunity that would change my life. This man who we will refer to as Mr.Speneti gave me the opportunity to live in Italy and get a job.

Reflecting on the changes in the war and the crippling feeling of patriotism I had for my country, I decided the best opportunity lied in the Bel Paese, the Beautiful Country. I wanted to do more than what Bosnia restricted me to. There was no option for me to excel in life if I continued to live in Yugoslavia which is why I had to escape.

As a man who didn’t know one word of Italian, I struggled at first. As a hard worker I took up many jobs such as cleaning pools, maintaining tracks for competitions, painting, coaching basketball, and maintaining/installing air conditioning in homes. At the end of everyday no matter how hard it was for me to keep my eyes open, I read and memorized ten new words in Italian. I scribbled them on a scrap piece of newspaper the morning of and worked on the memorization throughout the day to test my knowledge at night. Over the course of a few months, Italian words rolled smoothly off my tongue in conversation with customers and friends.

The importance of education drove me to reach out to relatives who lived in Alameda, California and find a way to immigrate to the United States. After a long process of interviews and tests I was legally allowed to immigrate to San Francisco, California.

As I reflect on the experiences and opportunities I have had I learned what I value and what I wanted to achieve. I faced each struggle head on and persevered until I accomplished my goal and that has stuck with me to this day. What I dreamed about achieving in America became a reality and I achieved that and so much more with hard work and dedication.

This story was written by Chloe Japic, the daughter of Haris and a student in Palo Alto, CA.