Thirty-plus Years of a New Life 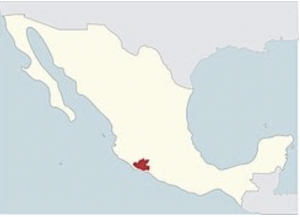 I interviewed my father who is currently 47 years old and was born in Apatzingan Michoacan, Mexico. As a young child, he would migrate all over Mexico due to his father’s job. His father was a musician and they were constantly on the move until they settled in Nueva Italia, Mexico. He then immigrated to the United States at the age of 19. He now lives in the Bay Area, and has been living here for the past 30 years. He’s been working at a high school for the past 2 years and before that worked at another school.

Since my father is always working he likes to relax during his free time. He enjoys watching his shows and enjoys watching sports like soccer and football. That’s one way my father and I bond, by watching soccer and sports in general. He also enjoys spending time with people, especially his friends and family.

My father migrated to the United States in May 1993. His parents and siblings first immigrated to the United States first ahead of him.  He couldn’t help but feel alone and deeply missed his family. Without wasting another second he made his way to Tijuana looking for a “coyote”.  A coyote is someone who secretly smuggles immigrants to the US. He eventually found one who was willing to bring him near the border. The trip there was nerve-wracking; he was feeling all sorts of feelings. He felt excited because he was slowly getting closer to his family, but he was also terrified of getting caught la migra or by dangerous people. Unfortunately, he was caught twice on his way to the border but, that didn’t discourage him from making it to the US. The idea of being with his parents and siblings again and having that feeling of home encouraged him to not give up. On his journey, he would be running for a long time trying to get away from la migra. He would hide underneath bushes although there were dangerous animals around like snakes and scorpions. He had to hide underneath a bush for at least two nights because there were helicopters circling the area he was in. Once he arrived at the border he climbed the fence and saw an el coyote waiting in a car for him and the other people who immigrated as well.

Another reason he immigrated was because his home no longer felt like home. The feeling of being excited to go back home after a long day of work was no longer there since no one was waiting for him anymore. The smell of his mom’s delicious food no longer entered his nostrils the second we walked through those doors. The wetness of his mouth when he would whiff his mother’s food in the air was no longer there since she wasn’t there. The laughter or screams of his younger siblings would no longer fill his ear when he walked into those doors. He missed every single detail about his family.

Another reason my father left was because the crime rates were rapidly increasing in his town. He no longer felt safe in the place where he once felt safe, memories of his young self and brother being able to freely roam the town and being able to play soccer out in the street until midnight would fill his head. He would then look outside his window only to see no kids playing outside. Cartels were becoming big and suddenly everyone was a part of one or getting involved in illegal activities. Like mentioned earlier, his home didn’t feel like home so he left. Once he arrived in the US he went from Pomona, CA, and was brought to EPA. He was shocked to see the variety of races in California because back at home he was surrounded by his people. One thing that was difficult for him was the language barrier. He knew very little English when he arrived and it was hard for him to get around. But work and English classes helped him become somewhat fluent in English.

Today, my father is a hard-working man, a father of 5 kids, and a grandfather of one. One thing he misses from Nueva Italia is his childhood and the food. His inner child wants to go back in time and play soccer with his brother and friends one last time. I asked my father if he would wish to go back to Nueva Italia and I expected him to say yes but surprisingly he said no. He said if there was no violence he would go back, but he did say that once he and my mom are old and retire he will go back to Mexico but to the house, we are building over there. Some things he appreciates about living here are the job opportunities and the family he built.