The Strength Between You (Mexico) 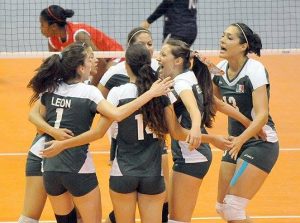 I was born on January 17, 1982 in Jiquilpan, Michoacan but I grew up in Uruapan, Michoacan. I lived with my younger sister and my grandma. My mom had left to the U.S in order to get a job to be able to provide for my sister and me.

We did not have a lot. Sometimes we did not have enough money to eat. There were days when all we would eat was a tortilla with salt and lemon. It was hard to try and keep ourselves stable. At just eight years old, I already had a lot of responsibilities I had to fulfill. I had to mature at a young  age, I went to work in the mornings and to school in the afternoons. I was only allowed to go play with my friends if I had already done all my chores. I rarely went to go outside to play. There was a lot of violence in my town at the time. I almost never felt safe when I walked through the streets. I always had my eyes open and was ready for anything to happen.

I did not like my life. I felt lonely and unloved since my grandma was always beating me for some lie my sister had come up with. I felt like I was stuck in a black hole that I could not get out of. My sister was always telling my grandma I had hit her so I can get punished. The only thing that made me happy was what I wasn’t allowed to do. Volleyball. Volleyball was my passion but I was not allowed to go to the games. I did not have enough money for the uniforms. The coach bought me my uniforms because he said he saw something in me. Yet, my grandma never let me attend a game. I then decided this was not the way I wanted to live.

Not a day would go by without me missing my mom. I loved her more than anything in this world. I needed her. At that point, a better life or better opportunities did not matter to me. All I longed for was to see my mom’s face again.

The hardest part about leaving my country was that it meant I had to leave my education behind. I had only graduated middle school and started my freshman year in high school. It hurt me to know that some of my dreams were being crashed by my family’s reality. I always wanted to be a teacher. I always had a dream of helping others. I wanted to teach high schoolers. I know teen years are the hardest. I wanted to lead these young adults into the right path. I wanted to help open doors and make right decisions. A part of me broke when I had to leave my dreams behind.

I was 15 years old when I left one day at dawn, my family did not try to stop me. They were scared for me and told me it was dangerous, but they respected my decision. It took me one day to get from Uruapan to Mexicali. The coyote took me and a few other people that I did not know in a car. I was very scared since he kept flirting with me. He came up to me and told me tu te vienes conmigo. You’re coming with me. I prayed to God to not let anything bad happen to me.

Once we arrived to Mexicali, we met up with other people. In total we were twenty people. I looked at the faces of these people. They looked so tired. They looked so frightened. I felt bad for them. I felt bad for myself, but this is the life we got, I thought to myself. Tenemos que sobresalir a como dé lugar.  We have to better ourselves and our life no matter what happens. I remembered being so cold that my knees started to feel really weak.

I had a chocolate bar inside my jacket. That chocolate was my best friend for two days. I remember us being in the mountains. We had to cross a small river and got ourselves wet. I was freezing. I felt exhausted. I was alone. I was hungry, but I was thanking God for the life I had. Although it had been hard, he had taught me to value family. I thought it was going to end there.

We were walking when the coyote said ya llegamos a los Estados Unidos. We had arrived to the United States. Everyone started clapping and hugging their relatives. I looked at them and smiled. I thought to myself how lucky they were to have each other.

I started my life in the Bay Area of California. Everything was so strange. It smelled like wet dirt since it was raining. It looked grey. I instantly started missing everything about my country. The colors. The food. Ay cuánto hambre tenía. Oh, how hungry I was. I missed the kids playing on the streets, but I knew my life would be better here. I had to keep going. I could not give up. I missed my mom. All I was thinking was about seeing my mom.

I knocked on the door of the house she was living in and saw her. My heart jumped. I felt like I was alive again. I gave her the biggest hug I had ever given in my life. My eyes filled with tears of joy and sadness. Sadness for everything I had gone through, but joy to finally have my mom with me. I never will forget the face she made as she first saw me. Filled with joy.

I later went to live with my aunt since my mom was living with other relatives and I did not fit in the house. I started taking care of my baby cousin the next day after my arrival. I saw my mom once a week. It was hard to be looked down on.  It was hard to not know the language. But I knew my purpose now. I wanted to have a better life. I wanted to have better opportunities and my mom had helped me realize this.  I was here to fight for my life. I would not give up. I did not let anybody stop me from persevering. I felt stronger than ever. I felt blessed. I thanked God everyday because I was here.

Now, life has continued to bless me. I have my two beautiful daughters who motivate me and keep me going everyday. I work at an office. Until this day, I feel proud of myself. Not for learning the language. Not for obtaining a job. I am simply proud of having the courage to be an immigrant in the United States of America. My hope for the future is for my daughters to never go through anything I went through. I want them to succeed. I want them to educate themselves. I want them to have a happy life. I want them to never give up. Life has taught me many lessons, but the most important one has to be to never give up. To fight for your dreams. If I could give one advice to anyone in the world, is to never stop fighting because they can make it. Fight for life because it is beautiful. Life is beautiful if you want to live.  Echale ganas. Keep on trying.

This narrative was written by the immigrant’s daughter.