Imagine someone came to you in the morning and said, “We don’t like your politics. We think that you’re plotting to overthrow the government….’”  So now you’re in jail for 180 days, in terrible circumstances. At the end of 180 days, they can say, “Okay, you’re being released.” Your family are waiting outside in the car to take you home. As you’re getting into the car somebody walks up to you and says, “You’re under arrest, Suppression of Communism Act, 180 days.”

This scenario was all too common for anyone that seemingly posed a threat to the South African government. Consequently, there was widespread fear of the government and its policies, especially in the 1970s, and it was no different for Jeff Koseff. Life in Johannesburg was one of nagging fear for young Jeff Koseff even as a white, privileged South African. From 1948 to 1991, the government of South Africa operated under the principal of racial segregation and white minority rule, called Apartheid. Social unrest resisting the oppression of the white regime heated up in the 1960s and 1970s, and especially in the 1980s as the world began an economic boycott of the country in protest.

South Africa in the 1970s and 1980s saw movements to bring an end to the apartheid system.  Photo: Medu Art Ensemble

Jeff would wake up every morning and go to bed every night carrying guilt on his shoulders for the oppressive white regime that the country lived under. Jeff and his two sisters were taught respect for all people. The solid ethical and moral principles that his parents believed in were instilled in Jeff and his sisters; however, because of the fear that everyone had of what the government could do to individuals, his parents encouraged quiescence rather than protest. Fearful, after seeing some of Jeff’s friends– privileged white kids living in a middle class environment– being incarcerated for acting against the government, his parents prioritized their children’s safety.

Jeff did not always adhere to his parents’ advice to “keep his head down.” He was never put in jail, but he was standing on the sidelines of a protest against the banning of a group that actively opposed the government, the NUSAS (National Union of South African Students), which took place on his third day as a college freshman. There were baton charges and tear gas as he stood alongside his peers. His parents were naturally unhappy when he came home with a lump on his head from a police officer’s baton.

Always intrigued with providing social services and projects that are in the service of people, civil engineering fit like a glove for Jeff but he felt he needed to study further, and that he needed to leave South Africa for a while.  The United States had the best graduate programs was the advice given to Jeff. He applied to schools in the United States never expecting an acceptance letter from Stanford. When that letter was received, the choice was clear. He flew to Stanford, California in 1977 expecting to stay for a year or two and then to return to South Africa. After his first year of study he was offered the opportunity to stay at Stanford and pursue a doctorate.

As a student at Stanford, Jeff was a bit older than his peers.  He had already worked for a year plus had served a mandatory term in the South African defense force before he went to graduate school in the U.S. He had experienced things his peers hadn’t and vice versa. When he arrived, there was pressure being applied by Stanford students for the university to divest from South African investment and, as a result, he did not feel comfortable at first on campus or telling people that he was South African. There were a few incidents where he was held personally responsible for apartheid, but nonetheless, he felt increasingly at home and welcomed.

Not once did his parents question his decision to pursue his doctorate in a foreign nation, but being 10,000 miles away with only an annual visit, it was difficult for Jeff. The biggest hardship, he recalls, was homesickness– particularly when his father was sick.

After finishing his doctorate Jeff was offered a job at Stanford as an Assistant Professor. He made the decision then to remain in the United States and to become a citizen. In some ways the decision was very easy because he had a great job, and he had met a woman, Thalia, who was to become his wife. 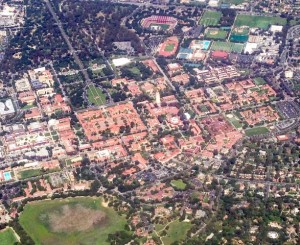 Stanford University where Jeff was a graduate student and is currently a professor.  Photo: Jeffrey R. Koseff

South Africa still held a strong connection to his heart and sentiments. Experiences such as going to game parks to see Africa’s wildlife, enjoying a barbecue and fire in the evening, and watching an African sunset are like no other. The South African outdoors“[are] like nowhere else in the world,” Prof. Koseff said, “But I realized that was the past. The world as I knew it no longer existed. Enjoy it for what it was, live in the now, and the now was California.” 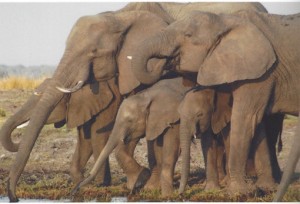 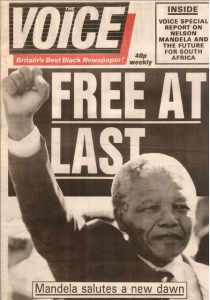 Nelson Mandela is freed from prison after 27 years.  Photo: The Voice

Jeff’s freedom of speech and expression became full fledged on January 19, 1991. In San Jose, with 120 other people, his three-month-old son and wife in attendance, Jeff Koseff became a United States citizen. The very first thing he did was sign up to vote. Since then, he has not missed an election– no matter how small. Having experienced what it means when people cannot vote, the privilege of voting is a precious one for Jeff.

Prof. Koseff lives in the now with his wife and two children, Alexei and Chloe. He is thankful for the freedoms the United States presented him with: a job, education, diversity, the opportunity to pursue his dreams, the ability to give back, to have a family, and phenomenal opportunities. Still, he holds dear photographs of his youth and of South Africa– “the most obvious reminder of what you leave behind, photographs are simultaneously a joy and a blessing and also a curse, because they remind of what you no longer have while comforting you with memories of what you had.” 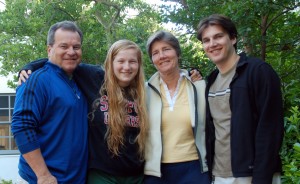 This story was shared by Jeffrey Koseff, PhD and written by Chia-Ry Chang Ureña.