The Sad Part of Coming to America (El Salvador) 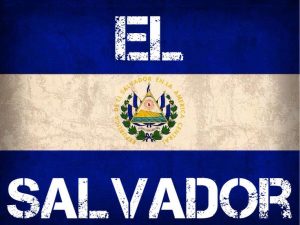 This is where he came from.

A man named Carlos Zepeda, from the small country of El Salvador in Central America, one day decided to come to the United States with his girlfriend; he moved to the United States for better opportunities and a better life. He learned English the hard way, and he also worked very hard. In his country, he had people who did most of the work on the house, so he was not good at doing basic stuff like mopping the floor. He also was not very good at building or basic stuff like that.

But he worked for a printing company where he was in charge of machines. He lived in a small apartment in Union City; he did his best on his job and he did because in that company he worked with Mexican and Salvadorian people. The place was a good place and he earn enough money to support his home and food.

At the age of 22, working like a dog was not easy and trying to have a better life, in the U.S. where it was hard to trust others, was also hard for him. Sometimes he would think about why he came here. He knew that having a normal life felt impossible, but he tried his best to be on track and to not give up. Little did he know that the trade that he made with his girlfriend would end. They had agreed to work in the United States for 2 years, but the relationship that they had was over; she decided to move to another country with their two children, and Carlos decided to go back to the El Salvador and continue with his old life of being a lawyer.

Back in El Salvador, he was a lawyer and tried his best to live in a country where people were always in danger. El Salvador is the number one most dangerous place in Central America, living there was not a very good option but in the United States he did not have a great job, although there was great opportunity and it was safe. El Salvador was the opposite, where he had a great job but faced too much danger.

In El Salvador, while continuing his old life, he met a girl by the name of Glenda who would turn out to be his wife. They decided to have two kids, one named Carlos Zepeda and the other Carlo Zepeda. They continued with their lives there until the couple decided to go back again to the United States of America, because they wanted their kids to have a better life. So little did he know that he would come back to the place he left. Now his kids are having good lives, and they have good opportunities; they just need to use them wisely.

The story of Carlos Zepeda was recorded by his son, Carlo.