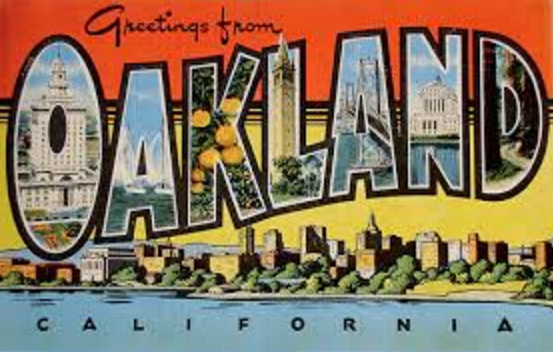 Where it all began!

My mother, Mary Magdalene Jones, used to recite her favorite bible verse to me all the time. Psalms 139:14 “I will praise You, for I am fearfully and wonderfully made;[b] Marvelous are Your works, And that my soul knows very well”. No matter what people said or did she wanted me to know that God built me and that I am strong enough to conquer any hurdle placed in my path.

In 1916, my mother was born into a world full of segregation, so being a black woman in Arkansas, she had to be strong and smart. She lived in a small brown house on the countryside with an out house full of her favorite magazines. This was her home, this was her house, this was everything she knew. But when she got pregnant at the age of sixteen her mother decided in was time for a change, so they moved to Oklahoma. When she got there, she fell in love. The man she came upon had honey brown skin, with a receding hairline, and he was nicely built. His heart reached from the moon and back.

Oklahoma seemed great at first. Her home was deep in the woods, where it was extremely quiet and soothing. She found my father and knew that his handsome charm would be in her life forever. But she just was not happy because segregation seemed to be taking over. Nobody would hire her or her husband because of their blackness. Nobody would hire her because of how her hair curled up at the first sight of water. Nobody would hire her because the african descents were only allowed limited education and any education they did received was of the lowest quality. However, my mother was not bowing down to the white supremacy, she knew that she was royalty. So, one day she packed her house from bottom to top and all she left was the scent of her magical home cooking that will forever fill the house she left so long ago.

My mother and father loaded the car with all that could fit. Now they were on their way to a better life. And did I mention? The car they drove was “raggedy” and the tires were “in real bad shape” because they “didn’t have no money”. My mom said that the only way they actually arrived in Merced was through “a will and a prayer” because their car was bound to break down along the road at some time or another.

As they started their lives in Merced, something unexpected but very exciting occurred. Mrs. Mary Magdalene was pregnant. And with whom you may ask? My sister, Helen! But I never got to meet that sister because she died of pneumonia at about five months. After this, my parents lost hope in having a baby so I was a big surprise. Ten years after my sister’s death, my mom was pregnant again and this time it was with me, Lolita Jones(changed for the story). There I was, born in the cheapest place to have a baby, the good old farm city of Merced. However, I will never know much about Merced because I did not really grow up there.

Directly following my birth, more or less, my family moved again! They packed the house, we got in the car and we were on the way to the city of Oakland where I spent the next 50+ years of my life. I remember starting my new life in Oakland at an apartment building in the projects located on Union Street.I remember that we had a small yard in the front and in the back. The yard in the front was full of beautiful green grass but the backyard was just dirt. There was a bakery down the street where I would get a jelly donut and some hot chocolate when my dad would take me.We did not stay in the projects too long because my mom was ready to up and leave at soon as we got there.

So, my mom as a seamstress and my dad as a machinist, finally came up on some money and we moved to a this beautiful house on 63rd street. The outside of the house was cream with touches of maroon on the porch and the stairs up to black screen door. When you entered, there was a brown front room that lead to the living room. The living room was my favorite because it had tall windows facing the street so you could see whole block. We used to have christmas in this room and I loved christmas because my whole family gathered there. As you walked along the creme carpet path, that became a light brown over time, you passed my parents room and the dining room and entered the kitchen that opened off to the family room. The backyard was huge. Half cement, half bright green grass that had one apricot tree. I remember picking the apricots and making apricot preserves with my beautiful mother all the time. This was my favorite house. This was the place I made the most memories. It was a major part of my life.

My mother made sure that I received schooling since that was something she was never able to do. For elementary school I attended Golden Gate. Since this school was so close to my house the people on my block were the same people who went to my school. We use to play kick the can, hide and seek, spin the bottle or just go to each others houses. People used to say I was very ¨tomboyish¨ because I played all the sports: basketball, softball, kickball, paddle ball, tether ball. I remember one time when I was playing kickball and a girl on the other team got mad because I was so good, so she spit in my face. I think I might of knocked her out so quick she couldn’t even blink first. After, although, I got suspended so my mom got upset with me so I had to clean the house with a toothbrush.

I loved my mom but she was the one to always punish me so I became a daddy’s girl. I loved helping my dad work on cars or go with him to the racetrack to watch the horses. My dad was like my best friend.

For high school, I went to Oakland Technical aka Oakland Tech.Once I graduated high school, I attended City College. After college, I thought I owned the world. I got a job as a telephone women and I worked with surveying people in order to start what is now known as BART.

Later on in my life, I met a man who seemed to sweep me off my feet. A light skin, green eyed, french man that treated me like a queen. Because of this, I gave him the greatest gift I could, a son and two twin daughters.

Seven months after my daughters were born, I endured a loss that will never be forgotten. This was the death of my beloved father. We he died, it was like air stripped from my body. I cried day and night for weeks, sitting at my mother’s bedside for weeks, on my knees every night with my eyes red and face drenched. I asked my mother, “ Why me? Why did he take my daddy away?” and she always responded, “Don’t worry, baby, your dad will always be in the sky watching over you and in your heart, always”. Then I would wake up in the morning, look out my window to the blue sky and see my father’s outline in the clouds saying, “Goodbye babygirl, I love you”.

During this experience, the man I married at 19 wasn’t there for me. He was a real scrub, and good for nothing. I guess fairy tales don’t last, so I decided to separate from him 20 years later. I would’ve divorced him sooner but he was hiding from the papers.

While I was chasing this no good man to sign divorce papers, my son became very sick with aids. In 1993, I lost him because of a heart failure due to aids. On the day he died, a part of my heart was taken from my vulnerable body. I can’t believe I will never see my son pursue his most wildest dreams.

Through all of these battles in my life, a knight seemed to come to my rescue. I met him at a program that attended in my adult life. It was high school all over again. He would take me on dates and he showed me that the sky is full of the brightest stars if you just search a little. I made the decision to marry him and with this decision my daughters got another father figure in their lives because he adopted them.

He came to live with me at my 63rd street house where we created many memories with my daughters and their families. However, there was a time in our lives that came when we just had to let go of this house passed down by my mother.

Even Though this was hard, I love the new house in Richmond I now call home. I chose this house for a specific reason. I always had a dream of walking down the staircase inside my house with a long flowy red ball gown with gold beading. This house I live in now has the staircase I’ve always dreamed of. It is just a matter before i get my ball gown and walk down my stairs.

Today, I live in a big brown house with a slanted grey cement driveway, one tall tree with pink flowers and a welcome mat in front of my grey door. I am truly happy of my accomplishments and being able to see my twin daughters become successful. I am thankful that my family stays close and we gather for many occasions throughout the year. I go to church most sundays and praise God that he has brought me through the many storms in my life. Now I hope to watch my grand babies and great grand babies succeed at this thing we call life.

This story was written by the granddaughter of Lolita Jones.