The Challenges of Leaving Kids Behind (Philippines) 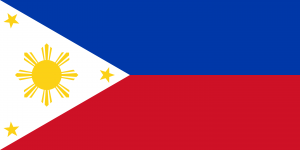 Rafael John (name changed) is a forty five year old man, who is both a first generation immigrant from the Philippines and now a citizen of the United States. John is half Filipino and half Caucasian. He is a husband and a father of three children. John said he was working two jobs, but due to the pandemic, he is now only working one. When he came to the United States he was twenty eight years old with two young children and a wife back in the Philippines.

“I came here because I needed to provide for my family,” he explains when asked why he had migrated to the United States, “[America] was the easier choice. My mother is here and my younger brothers are here. And my adoptive father was also here.”

John mentioned that leaving for a future he was not certain of was difficult. “I had two very young kids that I left behind and a wife that I depended on everyday. It was very sad to  leave them behind. Especially when I did not know how things would turn out from there. I came here with no idea where to start, I just knew I have to work. For them.”

When he had left for America, his daughter was at the tender age of four years old and his son was six. “My fear moving here the most, is that my kids would not know who their father is. And as time went on, they didn’t know me.” John expressed his distraught as he shared his memory of coming home once a year to a daughter who was too shy to approach him and a son who felt unfamiliar with him and would have chosen time with his friends over his limited time with his father.

“It was already hard missing my family as I work long difficult hours, building houses and dealing with constant drama with my outside family. But to come home, and feel as if I was  a stranger, was a lot harder. It was a very very difficult time. I felt extremely sad at times.” John  continued, “But I had to do everything to give them a better life than I had. I want to take them to  America and live here for a better lifestyle. So I had to [endure] it for them.”

John, despite having an American father, did not come to America as a citizen but under a green card. “No, I had to work for my citizenship.” He then further explained, “There was a lot  of paperwork my mother should have done when me and my siblings were younger. They were  very complicated and at the time, my mother did not understand a lot of it, so they were not  properly filed.”

“My childhood was difficult,” John started, after being asked to further explain his  childhood, “We were dirt poor. We had nothing, sometimes we didn’t have food to eat for the  day. I remember going to school without proper clothing and my shoes had holes in them.”

John demonstrated with his clothes how at times his clothes were ripped in places, and he  could not do anything about it. They were poor and so he had no other choice but to go to school,  dressed like so, even if he was bullied for it. But despite the difficulties, “I always go to school. I  always studied hard, and I always tried to get the best of the best grades. Schooling was the only thing I knew would go for me. If I did well in school, maybe I can reach somewhere.”

This was when questions were brought up about his adoptive father, “The Johns was a military family…they adopted me and my siblings. He was not my real father, but I took his last  name. He took care of my mom. And he tried taking care of us too, for however long he stayed.” “But my father?” John paused, “I don’t know him. I have never met him. And my mother  hasn’t told me about him. It’s hard for her, but I do want to know him. But I just don’t know how to find him.”

Rafael John was born when the American military stationed in cities near him. American  soldiers were often seen dating and courting the Filipino women in their stationed bases.  Oftentimes, many of these soldiers would get local women pregnant. For the most part, these  military men do not take responsibility for the women who they got pregnant, and would leave their kids once they get deployed out of the Philippines, with little to no contact. Or far worse,  they just leave once they hear the news, or feel “tired” of the women they were with. Which  leaves women to be single mothers on their own without any sort of support from the father of  their children. Commonly, these men have their own family back in America and would take  advantage of the women in the Philippines with a promise of a better future and lifestyle.

“I was made fun of a lot, me and my siblings. We were half whites, we were ‘kano’, so there were often a lot of bad rumors about my mother.” Kano is a Filipino term for an American Caucasian man, but can also be used as a derogatory term, in John’s case.

There was a lot of insinuation when a filipino mother’s children are half Filipinos, most  being ill and degrading. “But at that time, my mother had to do things to feed us. She relied on these men to bring us up, but they never really do.”  “I think it made me stronger, but sometimes I do find myself thinking about  these moments in my childhood, and it’s heavy.”

“Now, most of my siblings are here now. Making it in America, a completely different  lifestyle from when we were younger,” John added in. “Although it is still very hard. I prefer this life of comfort. Of course!”

When asked about bringing his family to America, he expressed how long it took, “when  I got my citizenship, I tried filing them to get here. It took us years! When we thought things  were finalized, my wife pulled my children out of school. But the waiting time…took longer than expected.” Rafael John had assumed that his family would migrate as soon as the papers were approved. However, it took them a total of six to seven months after for them to move. “By this  time, I had a third child. She was only a baby when she came over.”

Mentioning his third child, he was then asked about his relationships between his  youngest compared to his two oldest. “When they got here, my youngest was the easiest to get used to me because she was very young. But the two oldest, you know they came here at the ages  of nine and eleven. They are children with minds now. They know what’s happening and they  are not used to having me around. They were definitely a little bit more shyer.”

John pauses to think about his relationships with his children. “I had a lot of things to get used to. But it came easy, I think. Me and my younger daughter got close, as for my son, it took a while.” He then laughed, “They fought a lot too. They were so naughty, so that too was new for  me. They were always so behaved whenever I went home. And then I saw them everyday, and  everything I knew about them seemed not real.”

“Of course I was happy!” John exclaimed on how he felt having his family. “Even though  they came here with a lot of confusion, I was just happy to have them here.”  When asked about the difficulties and confusions, he further explained, “We lived in one  room, all five of us, in my aunt’s house. In the Philippines, they each had their own room, had helpers to take care of them. A very spacious house. [In addition] my children had to get used to  things they are not allowed to say and learn the culture here.”

“Well you know the Filipino language often has terms that’s not accepted [when it comes into the perspective of American culture]. It does not mean harm, but we do have a snack that  they like to eat that may appear to be a bad word in Spanish. So we had to teach them things not to say, even my wife!”

Considering that getting his family was his original dream and goal, he was then asked what he wanted after, and he answered simply, “Now that they’re here…their dreams are my  dreams.”

“I’m a father. I will continue to work for them. I will work my family for whoever long I  could. And when they can finally be on their own, then maybe I will rest.” John then jokes, “then when they have their own big jobs, they can now support me fully and fund my trips!”

To end the interview, he was asked how he felt about everything with bringing his memories as a first generation immigrant, to his past, and about his children. “My life was full of  sad memories and happy ones too. A lot of hardships and regrets. Life is still difficult, but having family here makes everything so much easier,” John continued, “Once you become a father, all  you want is happiness for your family. And I want to be a father who’s always present. And I’m  just happy I get to be there for them. Even if they have separate lives now, I’m always going to  be there. I want to be the father I have always wished I had for them. And I hope I’m doing a  great job. And that’s my American Dream.”

In general, I know of my father’s hardship when it comes to moving into America. I  knew it was very difficult for him to come here, especially with us being so young and so far from him. I also have memories of him constantly leaving us, and me and my brother often get very saddened by his disappearance. I experienced a lot of difficulties moving here, but I am always forever thankful to my father for bringing us here.