Story of Immigration from Mexico 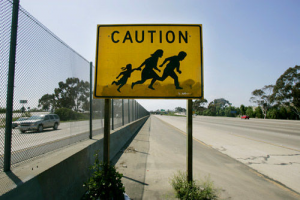 Arturo Gonzalez was born in 2001, in Michoacan, Mexico. Growing up, he did not have many family members to help raise him. All he had was his mother and father, both living in separate homes far from each other. The only other family that he had previously immigrated to America and lived in California. The only member of his family that he kept in contact with was his uncle, who lived with the rest of Arturo’s family in America. His uncle would frequently give Arturo updates on how life in America was, and ask him about how his life was in Mexico.

Every weekend Arturo would make the travel from the inner city, where his mother lived and worked as a florist, to a farm that his father owned hours away. His father worked part time in construction and also sold produce to local stores and vendors. Growing up in the city, Arturo had a normal life; he would start to attend school early and had a close relationship with his mother. In contrast, during the weekends, he had to work on his father’s farm as a child. He would pick fruits from his father’s trees and plants for hours in the hot sun. He dreaded going to his father’s, not because he had a negative relationship with his dad, but because the labor was too intensive for a young boy and there were no benefits in return. Although the hours spent in the house and not working were enjoyable, he always felt drained afterwards. Years of this routine continued, with Arturo regularly attending school with his mother in the city during weekdays, and going to visit his father and help him with his business during the weekends.

When he was seven years old, his mother decided that it was time for their family to make a change. One afternoon after school he returned to his house and made his way up to his room, only to be called down by his mother. “Arturo come downstairs we need to talk.” His mother was waiting for him in the family room and said to him, “How would you feel about moving to America?” He thought for a moment, and the longer he thought the more he was fascinated with the idea of opening a new chapter in his life. He was excited, thinking about how different his life could become, not that he was unhappy with the life he was living, but he wanted to experience what the rest of his family in America was experiencing. He told his mom later that night that he would want to go to America, and that night his mom contacted Arturo’s uncle. As it turns out his mom was thinking about leaving Mexico for a long time and already had discussed them with Arturo’s uncle, who lived in the U.S. His uncle would cross the border legally, and smuggle his family back into the states. Arturo’s mother believed that her son could have a better future in America, and a better education. In a few weeks, he would be in America.

The morning that Arturo crossed the border was like any other morning, except that his dad was in the living room of his mother’s house, packing bags. It was still dark out when Arturo’s uncle picked him, his mother, and his father up. The drive was long and Arturo was exhausted, but he was kept awake by the fear of being caught by border patrol. His family fronted as a tour bus when they were in Mexico, but once close to the border they switched buses and met a man that Arturo had never met before. He was not scared of the man because of his family’s trust in him, but he was scared of their new vehicle; the ride was choppier and bumpier which did not seem to help his unrest. His mother told him to go to sleep and she held him laying down in her lap as he fell asleep.

He woke up still in the bus but the ride was smoother and the pale look of worry was gone from everyone’s faces. After shaking the grogginess of sleep he immediately realized that they had made it. They were in America. After driving for the rest of the day Arturo ended up at his family’s house. He felt awkward as he had never met these people in his life, even though they treated him like their own son. He mostly stuck by his parents and uncles but did try and talk to some family members. He slept that night with his mother and father in one guest bed that his family had. He doesn’t remember much of the time in that house, but he remembers that around two months later his mother got an apartment for Arturo and herself. When they first arrived, the first thing that Arturo thought was that this was his first home in America.

About a month after he made it to America, he started to continue his education through the public school system. The learning was easy but making new friends in America was hard. Arturo only spoke Spanish and the language barrier between the other students and him made it impossible for him to form any true relationships. For months, Arturo was isolated at school, his only friends being his mother and his American family that he was starting to get to know. His loneliness inspired him to work twice as hard towards becoming bilingual, to be accepted, but it still took months of hard work. After all the time that Arturo spent trying to learn the English language, he finally succeeded, and with this new knowledge came the understanding that Americans were not different from Mexicans at all. He easily made friends after learning how to communicate and never felt like he was different or separated because of his race. He felt at home in America.

There was never a time that Arturo regretted leaving Mexico, he has also never felt the need to return. He had found a better community in America with better friends and more family. He is surrounded by loved ones and feels that America is his home. After conquering the barrier of language that previously existed, he feels that America is a tolerant community with a lot to offer.

This story was written and recorded by a student in Palo Alto. Names were altered for anonymity.