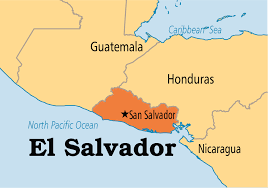 In El Salvador he was causing problems for his family once he was targeted by gangs. He looked for help and didn’t find it because when you look for help with the local police you realize that they are allies with the gang and you can’t trust anyone. Your life is even more at risk.

His relatives in California have been here for a long time. He plans to go back to El Salvador once there is no danger living there. His mother, father, and brothers are still there and he’d like to see them.

His first job here was in construction. My uncle thinks that the most important things about this country are the opportunities that you have to be better off economically, and all the help that foundations do for us. You realize that your children and family are better off in the US every single day. His parents disagreed with him coming to the United States because it was a dangerous trip. They thought he won’t be able to make it to the United States.

written by a student in the SF Bay Area