Remembering your “why” (Russia) 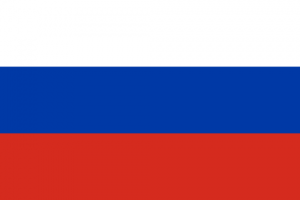 I was thirteen years old when we moved to the United States. It was my first trip on the airplane, and I remember feeling excited and scared at the same time. Scared because I have never flown on an airplane before, and excited because I wanted to see my city from a bird’s eye view. I loved my city. I loved its rich architecture and the smell of chestnuts on the streets. Funny enough, the first thing I think about when I think of my childhood is chestnut trees. When we took off on that plane I did not know what my life would be like from that point forward.

I remember being especially sad that I won’t see my friends for a long time, and I was more afraid that I won’t be able to make any friends. What are the people like in New York, I thought to myself, and are they going to accept me? The flight was long, I remember it vividly. My mom was very quiet, not sleeping, being deep in her thoughts. I didn’t know at that time what responsibility she had on her, being a single mom, taking her daughter to a new country to start a new life. Now I understand why she was so quiet, why she seemed so puzzled, hopeful, and thrilled at the same time.

The first minutes off the plane were chaotic, we had to find our baggage, find our way out of the crowded airport. We were tired and hungry, yet everyone around us was moving, going somewhere, and we went along with the speed of the city. And from that point on, we picked up the speed of New York, and life swirled around us.

Getting into high school, getting used to a new culture, new language, new responsibilities, food, all seemed so overwhelming, I could not keep track of time. My mom, who was a piano teacher, could not find a good job, since her English was not good. She had to work at a local Russian restaurant, washing dishes. Sometimes she would come home so late, I would have to cook dinner and clean to make it easier on her.

Looking back I remember observing kids at my high school sitting at the lunch tables. They looked so carefree and childish. I never felt that I was a child since the day we had moved. A cloud of responsibilities fell onto my shoulders. Yet they were not all puffy and white clouds, but rather heavy and dark, that resembled feeling like an outsider, not having friends, studying and doing work around the house, working with mom on the weekends. I had no other choice but to go along with it. I could not complain, could not admit that it was hard for me, to be a grown-up at thirteen. My mom wanted a better life for us after all. That is what she said, “ Sofia, one day you will look back and see that it was all worth it”. That is what she used to tell me every so often.

I applied to college after graduating high school. My goal was to get a degree in Computer Science. At that same time, my mother applied for a program to be a nurse, and we both started going to school. I had to work full time as a babysitter, and study at night. Having bad English had its negative effects on my work and school life.

There is one day I will never forget, the day when I almost thought it was better to give up, go back home and never look back, that changed my attitude and pushed me to move forward. It was a snowy day in New York. My evening classes finished and I rushed to the family I worked for. It was a couple who had two children. They did not treat me well, since I was young, and did not really know how things worked here, but I had to pay tuition and I had no choice but to put up with the constant feeling of being unappreciated and exploited.

The day seemed to be the same as others at first, parents left for a night out, I had to cook dinner, feed the kids, do laundry, clean up around the house and put kids to bed. At some point after dinner, one of the children I was taking care of threw a tantrum because I did not serve him the food he wanted. He began hitting the wall with his head and crying frantically. I tried to calm him down, but it did not work. The neighbors started hitting the wall from their apartment, yelling and screaming for him to stop hitting their wall.

That moment was not just a moment of frustration because a kid lost his temper, but rather a moment for me to give in to a feeling of burnout, exhaustion, being fed up with working long hours, getting three to zero hours of sleep a night and I remember feeling like the world was falling on me. I burst out crying along with that child, angry neighbors who kept yelling, and a kettle wheezing and spitting hot water all over the stove. It was the moment I finally got to realize what the life of an immigrant is for many of us who leave our homes and counties looking for a better life. It was not that much about finding a dream job right away, feeling included and accomplished. It was more about feeling hopeless, tired, lonely, and doubtful, believing that nothing good awaited a person like you. An outsider.

Now I am a mother of three smart children, a successful CEO of an insurance company here in the Bay Area, and a well-respected member of the community. I have a Master’s degree in Computer Science and Business administration. I do not worry about waking up to an empty fridge anymore, but I certainly do look back to those days quite often. I look back and reflect on where I came from and who I have become because I don’t want to ever forget that. Those challenging times made me a better person. They made me resilient, determined, and strong-minded and most importantly inspired me to no matter what never forget that at the end of the day, we are all people in the same vessel, and that vessel is Earth. And we are all floating in the ocean of life, trying to find our way of living, and each is facing waves and rainstorms on our journeys. But the sun comes after the rain, one just has to be patient enough to see it.

To those who are going through a hard period in life, who feel tired and on the edge of giving up I would say, remember your “why” and never let it out of sight. Your why will guide you and give you strength to build the life you wish to have.