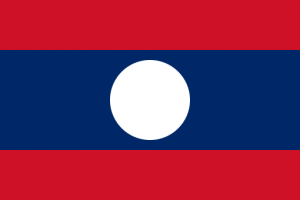 My family had to flee Laos which at the time when it was a war torn country. At that time my father planned the best escape that he could under the circumstances. You see we were a family of five with three children under the age of four. None of the groups wanted to wait so long because no one wanted to be caught because of a crying baby and our family had plenty of crying babies.

In the cover of night we escaped my father carrying my two-and-a-half-year-old sister, my father’s best friend carrying me. I had just turned four and my mother who was pregnant at the time carried my 6-month-old baby brother close to her. I remember we walked through the jungle. I remember hearing the sounds of unknown things in the dark. I remember that I was scared but my father assured me we were going to be okay.

I held on tightly to my dad’s best friend whom I had called uncle since I was born.  At 4 I was smart enough to understand that our uncle had to carry me because my two-and-a-half-year-old sister would cry if anyone other than my father or mother carried her, however I would have felt safer in the arms of my father. We walked for three nights and two days we heard gunshots. We ran out of food. I remember my father brought us some exotic fruits to eat. He said we had to eat it in order to get to our new home which was going to be a safe place.  I obediently ate.

On the third night after hearing several gunshots my father asked his best friend if he could carry the two small bags my family had and he would carry both of his children. That night before we reached Thailand our family was shot at. In that shooting my father’s best friend was killed– had he been carrying me I would have been killed as well.

In spite of my innocence, I knew my father saved my life he had a premonition and he said that he was going to die, he would die protecting his children and family. My father embraced us tightly as he wept for his lifelong best friend who was like a brother to him. My parents still feel guilty about leaving his lifeless body alone in the jungle but there was no choice.

We were in a refugee camp in Thailand where my mom gave birth to my youngest brother.  There were times that we would go hungry in that camp but my parents made sure that we ate first. whatever small meals we had he made sure the kids were fed first, followed by my mother who was nursing my youngest brothers. We later we arrived to Los Angeles. Moved into an apartment in a not-so-great area of Long Beach California. My father got a job. I was enrolled in preschool. Everybody assumed I was Filipino and would speak to me in Tagalog. They had not heard of a place called Laos they had never heard of a place called Indochina.

My parents saved up enough money to start their own business they started a small Asian market specializing in Lao and Thai food. They started of the business so they could still take care of us after school. My siblings and I had a place in the store. In the back room of our store there was two beds two desks a play area and a stove and a fridge. my mom cooked for us, put us down for naps.  The older ones of us did homework and we literally grew up in that store. It sustained us financially and emotionally.

Our legal process was easy we arrived as refugees so the process was easy once we landed here in the United States.The most helpful people that I met as a young girl were my teachers who were so accommodating and worked with me on my English Patiently.

Some of the other students were not so kind. I was called “Chink” and I was never invited into playground games or picked on a team in PE. Soon after last my aunts arrived with their families my uncle’s arrived and my grandmother arrived we had all been reunited in Orange County. There was a community of Laotian refugees in that area which provided a lot of support to us.

A few years later my parents were able to purchase our home. Our family has remained in Orange County, CA. My siblings live in the area as well, after attending college and serving in the military across the country. Had we stayed in our home country and had we survived I would have never had the rights and the opportunities that have had as an American woman. I am married to an American man who is of European and Indian descent. My children are Scottish, German, Indian and Laotian.

My parents had literally achieved the American dream arriving in America with nothing – starting a business doing well –  buying their own home and having children who spoke perfect English and who are now enrolling in prestigious colleges across the country.

This narrative is by Krish Chugani after interviewing her cousin.