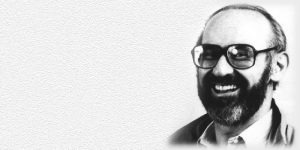 The university was surrounded by soldiers. We saw them take out the priests. Then shot them and we saw their blood stain the floor . Everything in their head was leaking out and their eyes still open. They were still breathing. I haven’t been able to get rid of that image for 27 years. The faces of the priests without life and the soldiers laughing.

It was a time of Civil War. A group of workers had created a force of 5 guerillas. They were a group of socialists who wanted to get rid of the current government. They felt that the government was useless and so improvements needed to be done. We heard about this from friends who had joined the cause. My brother and I were still in university at the time. In University of Central America. We wanted to get a profession then join the guerillas.

We later found out that the university was branded a rebel base. We were worried because the next day government troops were surrounding the University. We were going to flee, but we hoped for the best so we stayed. The next day troops rushed in. There was gunfire everywhere, we saw them take the priest out of the building. They had become “enemies of the state” for spreading the news about the revolution. We saw students being shot left and right. We saw this and I joined the cause. My brother had decided to apply for asylum to move when in was over. I fought there for 11 years and then I gave a call to my brother to take me to America.

I left because America sounded like a safe place. El Salvador had become unstable and I decided I would fare better in America.I left when my brother got me citizenship. He had applied for asylum to American and it was granted. I wasn’t going to go, but he talked about something called the Golden Gate Bridge. I was instantly attached to the idea and I asked if he could get me there.

I arrived in San Francisco airport. I looked out and the amount of houses amazed me. Every small crevice and person amazed me. I had never seen this amount of homes. They were made of a material I had never seen before. I worked in a bar making drinks. I remember the first thing I ate was a Mcchicken. I liked it, but it made me miss my home. I lived in San Mateo with my brother in a home; we both paid rent. The biggest surprise was how available everything was. Things that would take me weeks to attain would just be around the corner in Safeway. The biggest obstacle was leaving my home behind.

I now have a wife and 1 kid. We hope for our son to graduate. Life is like a window. The blinds represent your fear and being trapped. You pull up the blind with your hopes and dreams to enjoy life a bit more.

This story was written after an interview by Henry’s nephew, Jorge Asencio, a Bay Area High School student.