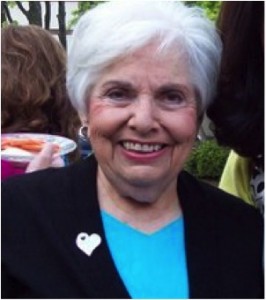 When he was a boy, Harry Katznelson’s father was a bible scholar and would quote the beginning of a bible verse then have Harry or his brother Zev quote the end of the verse.  Harry himself was from Lublin, while his future spouse Malka Meyerson was from a village in between Minsk and Pinsk. They were “living in a place where the borders were constantly shifting.” as described by Zev, but at this time it was part of Poland.

Some time after forming a relationship, a thing called the Progoms happened. Pogroms are when people would come into the villages and kill the Jews due to having different beliefs from them. This is something that seemed  to commonly happen with up to 2,000 deaths having been reported. Malka and Harry decided to leave for their safety.

Leaving was best described as fuzzy for them, but Malka had to hide in fields.  The government had dogs to search for people hiding in the fields. Malka later ended up passing that story down to her children, one of whom developed a fear because of it. Sometime after that Harry and Malka most likely found refuge and eventually Harry’s family found passage on a ship to America and they took Malka with them. They entered the US via Ellis island.  Before any adventures in America happened, Harry changed his last name to Nelson upon arrival so he wouldn’t be tracked down.

After arriving, Malka and Harry moved to Detroit because it was the car capital of the United States, and Harry was enamored by cars. Later in 1919, Harry enlisted in the US army to fight in WWI. Living in the US, he had become non-religious, despite having been religious during his childhood.

Some time after returning from the war, Harry and Malka officially got married in 1924 and Malka later got her citizenship six years after. One year later they had their first kid. Malka’s daughter still has Malka’s citizenship papers today.

In the 1940s Harry developed Parkinson’s disease as a young man while his wife continued to work as a Hebrew school teacher. The two of them went to a movie only one time before Harry died in 1956. Malka died in 1979, twenty-three years after her husband had.

This story was written by Ethan Ezray, a 9th grader in Redwood City.