Poverty Leads to A Huge Transition 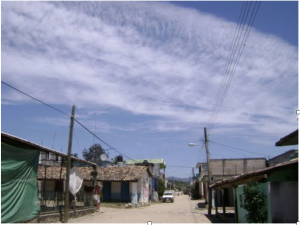 Rio Tigre 2019 photo by the author

My father, Donato (name changed) emigrated from a small village called Rio Tigre located in Oaxaca Mexico. Rio Tigre is a small village with 286 inhabitants. In the 1900’s the economy in Oaxaca Mexico was terrible. Oaxaca is split into hundreds of local governmental units called municipios (municipalities). Each of these municipios is headquartered in a city, town, or village. Unfortunately, Rio Tigre was left unnoticed and unattended. The lack of support from the Mexican government had a huge impact on every family. My father’s family was dirt poor and in a household of fourteen, food was scarce. This was the life for people in Rio Tigre. They accepted the fact that they were on their own, and like many people, my father did not want to accept that destiny. In 1980, my dad decided to take a huge leap of faith by leaving everything behind to move to sunny California.

How was it coming to America?
Donato: Like many people know, when coming to America, from Mexico, many people have to cross the border. I had to grow and sell crops and do anything I could in order to be able to pay someone with a car to take me to Tijuana, Mexico. When I got to Tijuana, I walked the rest of the way to California. It was very hard.

Did you come to America alone?
Donato: I left Rio Tigre alone but when I got to Tijuana, I crossed with a group of people. I did not know any of them so it was scary.

So you crossed the border with a group of people, because you all paid someone to I guess the term is [Pause] smuggle you guys over?
Donato: Yes, it was the safest way to make sure we made it.

And what was your experience like crossing the border?
Donato: It was the most difficult thing I ever had to do. I remember looking down at my feet and I had bruises all over, I could not afford shoes so I had to walk for hours in sandals. And then I remember being very thirsty but I only had a small water bottle so I had to have a lot of self control.

That’s so intense! What kept you motivated to leave and come to America? 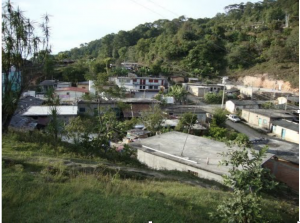 Donato: Well, I was super unhappy with my life. It made me unhappy that I could barely feed my wife and children. No matter how much I tried, it was never enough. I had also heard from people who left Rio Tigre before me that California that there were a lot of work opportunities and I knew that I would be able to give my family the life I never had.

What was hardest to leave behind?
Donato: My wife and children for sure. Thankfully, they are here with me now but I went years without seeing them and it was very difficult to shake off a feeling of guilt. I felt guilty for leaving them behind but I always made sure to provide for them. I just wanted them to have a better life than I did.

What or who do you miss the most?
Donato: My parents, I have not seen them in over 20 years, I wish I could go back, but I am thankful to be able to financially support them.

I see that you miss your childhood, What was it like growing up in Oaxaca, Mexico?
Donato: Although I miss my family, growing up in Rio Tigre was hard. I was one out of 12 siblings and at a young age we were working in the fields. I did not have much of a childhood. I went to school up until what’s known as middle school in America. In Mexico, we had to pay for High school, and the closest high school to me was 2 hours away, so I had to have money to pay for school and for a place to live.

How did you obtain the job?
Donato: Since I did not know english and I was undocumented at the time, I went into gardening. I worked with someone who was running a small gardening business and with my experience in Mexico, I picked it up easily.

Would you say that you are satisfied with your life in America?
Donato: I am, I am not struggling with money. I’m not super wealthy but I have enough to have a good home, a car, and I am able to buy myself things I want, something I was never able to.

How was it like adapting and conforming to America? How did you learn the language?
Donato: Thankfully here I was allowed to take classes at Fremont High school and Columbia middle school, both located in Sunnyvale CA, that taught English to people like me. I have always liked school, but now that money is not a problem, I was able to learn. I speak the language pretty well now.

Knowing what you know now, would you do it all over again?
Donato: Yes, without hesitation. People in Rio Tigre are still struggling. The government still does not fully support the people in Rio Tigre. Maybe because of how small it is.

Notes after interview:
El Rio Tigre is a village that is nothing like what California is. Hearing my own father talk about how hard life was for him made me think about my 2019 trip to Rio Tigre. My 2019 trip was a humbling experience and I am glad I had the opportunity to go and help those who needed basic necessities. Having someone provide them with some help is something my father would have loved as a child.

This interview was conducted by Donato’s daughter.