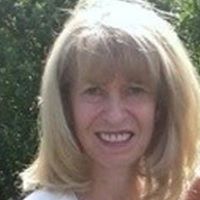 In 1968 an unmistakable anti-Semitic undertone came out into the open, and ‘intellectual’ and ‘Jew’ were words used interchangeably to degrade those who criticized the Polish government. Thus began the targeting of Jewish students, professors, and professionals. The result was that most Polish Jews lost their jobs and about 30,000 were forced out of Poland. Of the over 3 million Jews who lived in Poland before the war, about 100,000 Jews remained at the end of World War II. By 1958, 50,000 emigrated to Israel and other parts of the world, the rest chose to stay, and ten years later they were being forced to leave once again. By the time communism fell in Poland in 1989, only 5,000–10,000 Jews remained in the country, most chose to conceal their Jewish identity.

When I think about my parents’ life after the war in Communist Poland, living in a constant state of fear, I often wonder why my mother did not choose to save herself. She could have gone to Paris. Her cousin Itzak and her best friend Ada had survived the war and lived in Paris with their two children. Itzak and my mother shared a long, affectionate history; I just know he would have come to my mother’s rescue with open arms. When my family finally did leave Poland in the late 1960s, we stayed in Paris. My sister and I met Ada, her son and daughter, and Ada’s grandchildren. But by now, Itzak was no longer alive.

My mother never considered saving us by leaving Poland without my father. She said that the way her life turned out was Beshert—meant to be. After my father’s death, my mother’s grief overwhelmed her. They had been together from the time they had met in 1940 until his death in 1961. Overnight, with the responsibility of having to care for two young daughters, her fears of abandonment came rushing back. They were the same fears, she never got to experience what it’s like to have a father, when she was ten and her mother had a stroke, and then again at age fourteen, when her mother died. After my father’s death, my mother suffered a severe attack of eczema that covered her face with ghastly sores. The only thing visible was her blue eyes. It was known, even in those days, that her ailment was brought on by stress and difficult to treat. She suffered terribly. Months passed before she could go outside. It took many doctors and many medications, but finally my mother’s face began to heal.

Just as my mother predicted, we were to pay a heavy price when we finally left Poland. My mother was a middle-aged widow who could not speak English and would be living in a strange country with a totally different way of life. When we came to America, we tried to keep a delicate balance between the old world and the new one. My mother confided in me later that she had made a mistake in leaving. She was convinced that if we had stayed in Poland, we, as a family, would have remained intact. Our family left Poland by choice, but two years after our departure, in 1968, most of the remaining Jews were forced out of Poland during an anti-Zionist campaign sponsored by the government and its Communist leader Wladyslaw Gomulka.

My mother foresaw the future. She understood that her daughters would assimilate faster then she would to a new way of life. She was fearful that my sister and I would reject the old ways – both Yiddish and Polish traditions – and that this would create a distance between her and us. As much as we all tried to cling to the old, we desperately wanted to fit in. In America, the family that we once were in Poland ceased to exist. My mother and sister had to go to work and I went to school. My mother was also left with so much guilt and remorse.

My mother would awaken at six in the morning and take the one-hour subway ride from the Bronx to Manhattan. With an address scribbled on a piece of paper and directions from strangers, she managed to get to work and back home again. She was determined to make the best of her new situation. She was a survivor and she was not going to surrender to her fears. She took a job in a cosmetic factory, working for minimum wages and long hours.

In Warsaw she had studied French and Esperanto, spoke Yiddish and Polish. She had become fluent in Russian. And so, at the age of fifty, she started again, enrolling in school and attending nightly language classes after working in a factory all day long. She soon became fluent in English, and two years later she was working in a bank. I watched her navigate through her new life, never giving up and never complaining. She did not burden us with her worries and problems, she buried those deep inside.

My mother’s love for reading never faded away. Instead of the stories she read as a child about Konopnicka’s heroine Marysia, now the books she read were in English. She would check them out from a nearby library in the Bronx where we lived. The first English book my mother introduced me to was A Tree Grows in Brooklyn , excited that we could share it. She fully identified with Francie Nolan, the eleven-year-old girl who sees the world around her with a keen eye for detail and who lives in a humble apartment in a run-down section of Brooklyn.

She always felt education was the most important thing, but now in America my seventeen-year-old sister, who graduated at the top of her class, could not go to university. She had to work to help support us.

It had been twenty years since my mother and her sister had last seen each other. Pola was sixty years old. She and her husband had just retired to Florida. They were no longer involved in any business and could not help us find work. My mother decided we would not follow Pola because we would have fewer opportunities in Florida, so we stayed in New York.
I was shocked that we weren’t joining aunt Pola in Florida. This was the reason we left Poland: to be reunited with family.

I had envisioned our new life in America with Pola and Morris at our side. I wanted so much to be part of an extended family. I kept telling my mother that we need to live next to Pola. But my mother could think of nothing else but how she was going to support us in the new world. Memories of poverty, of suffering hunger as a child in Poland, and barely surviving hunger in Russia haunted her. When my older sister was offered a job in New York, Mother dismissed looking at other options.

Mother had a friend in New York with whom she survived Uzbekistan. Her daughter, Miriam and her husband said my sister could work as a bookkeeper in their office. My sister, however, would have to attend night school and get a degree. My mother was grateful for their help, and for the next two years she, herself, worked in a factory in New York for minimum wages.
Once again, the possibility of becoming part of an extended family eluded us. The Holocaust had left not only my mother, but the second generation with tangible and emotional losses. My sister and I never got to experience the warmth and support that comes with being a part of an extended family. Pola, my mother’s only surviving sister, never had children, and I never really got to know my aunt or my uncle.

This story was written and shared by Suzanna Eibuszyc who is pictured above.

A note from the author:
I graduated from CCNY with a BA, at the department of Jewish studies. It’s where I first met Professor Elie Wiesel. I went on to UCLA, where I received MA. I reconnected with Professor Wiesel; he more than anyone else gave me the courage to understand what my mother lived through. I was now ready to confront the ghosts of my childhood. And ultimately I addressed how growing up with the trauma of Holocaust aftermath was transmitted from my parents to me. My book, “Memory is Our Home”, was published in 2015.