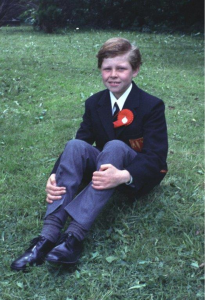 In the words of my dad, “I was born in Dublin, raised in Cork, educated in Tipperary, and exported before the age of eighteen.” He actually had a rather difficult childhood in that he was expected to grow up early. He took a city bus by himself to school at the age of four and went away to boarding school at the age of twelve. I cannot imagine living on my own at twelve.

This was the beginning of my dad’s story of how he started in Ireland and wound up in the United States.

My father was born in Dublin, Ireland in 1962. He and his family moved to Cork the year he was born and remained there until the age of 8.

He attended Christian Brothers School both in Cork and Dublin. Christian Brothers is a chain of private Catholic primary and secondary schools. As my dad was attending the Christian Brothers Boy’s Secondary School. He worked as a diesel mechanic from the age of about twelve for his father’s business, “O’Sheas” which imported and built cars, specifically the Daihatsu and the Opal, in Ireland. They also imported farm equipment such as combine harvesters and Zetter Tractors as well as motorcycles. O’Sheas was founded by his grandfather and was then taken over by his father Patrick O’Shea and his two uncles, Timothy and Sean O’Shea. The business thrived until it ran up against other competition which was able to import assembled cars from abroad. The two brothers who wanted to continue building Daihatsus had a falling out with my grandfather, my dad’s father, who advised against this venture as they were losing money on the cars. My grandfather wanted to stick to the farm equipment. Eventually this caused a rift and the dissolution of the company because they did, in fact lose money trying to import and assemble the Daihatsus. 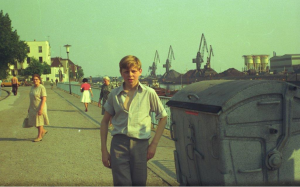 My dad traveled for 6 months in a caravan around Italy and Spain with his family. His father thought it would be a good idea for his family to expand their horizons and understanding of the world and other cultures.

My dad then went to Rockwell College in Tipperary. In Ireland, they call their high school “college”. After his time at Rockwell he enrolled in an Engineering program in Aberdeen, Scotland where he obtained his degree in Marine Engineering. He was a licensed engineer for the Irish government.  He ran a successful shipping business as the chief engineer on a ship called the Tara Sky. Due to the impact of the Gulf War on fuel prices, it became necessary for him to pivot and make a different career choice. He initially considered medical school but quickly decided that he preferred to work on machines because machines don’t suffer tragic losses like people do.

He decided to learn computer technology and became a self taught expert in the subject. He was so well versed in it that the Irish Government employed him on a panel of twelve consultants for the ANFOSS Intel project surrounding the development of the 386 CPUs which were manufactured in Dublin. He was assigned to oversee and vet the capital expenditures for the project and advise the ministers as to whether the outgoing expenses were germane and necessary for the production.

My father got his pilot license and was certified to fly commercial because he had to learn how to land without an engine. Which is required for all pilots in Ireland, both commercial and recreational. He was part owner of a plane and continued to fly for sport and recreation after he came to the United States until it became cost prohibitive with Bay area prices. He was also an avid hunter and rifleman when he lived in Ireland, but has since softened and has not used a gun since he came to this country. My dad worked for the Irish government as a technical consultant. He was advised by the development authority in Ireland (IDA) to go to Silicon valley in order to be on the forefront of cutting edge technology, he was working with Intel on the production of the Pentium III in Dublin at the time before leaving.

My dad came to the United States in 1995 and married my mother in 1998. He has an expansive knowledge of the way all things, both mechanical and digital, work. On their first date he explained how fax machines function by placing objects on a table in a diner and my mother was smitten because she is most attracted to brains.

He became a naturalized American citizen in 2002 which was the year I was born.

My dad’s father was a big believer in learning by experience. Even though my grandfather came from a wealthy family, he always preferred to wear coveralls and work on machinery and didn’t like to wear a suit and tie even when he was called to a board meeting for his own company. My grandfather is a quirky, eccentric man who may not have been the most affectionate father but certainly made sure that my father received the best education both at school and by arranged apprenticeships. He always taught my dad to hire the best people because you don’t have to be the smartest person in the room, you just have to hire them (experts to work for you). My father’s father and both of his brothers have always worked for themselves. His brother, Travers is a real estate investor and ran a successful handyman company. His brother, Robert, runs a successful plumbing and construction company and sits on the police task force for Newark with his wife, Perla who works as a police dispatcher and contact for LGBTQ youth.  My dad is self-employed to this day and works as a computer consultant and an expert witness in trials involving computer forensics. 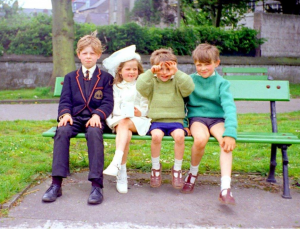 My dad can fix just about anything when it comes to cars or computers. He built his computer consulting company from the ground up. For a period of about five years, he ran a second company called The Base which specialized in video special effects for blockbuster movies and music videos as well as commercials. Eventually he closed down that portion of his business because of the effects of outsourcing. The film companies were outsourcing the special effects to India at prices that were not cost effective for a Bay area company and they could not compete. He did what he has always done and pivoted when the need arose. He started to specialize in the forensic and legal arena of computer consulting. He now works on many high profile divorce cases for family lawyers and finds that part of his job rather depressing because it usually involves recovering hidden or deleted files to be used in contentious court cases involving infidelity or in some worst case scenarios, child pornography. He has been known to set up camera surveillance systems for clients undergoing divorces who feel that they are being stalked or threatened. He much prefers laying networks and building servers for people but the work for lawyers is the most lucrative.

My father has had a multitude of careers, he’s shown an ability to adapt to changing circumstances throughout his life. He can operate just about every vehicle or mode of transport, in many cases he’s had to learn these skills out of necessity. He was dealt a very complex hand based on his family dynamic and life experiences. He’s had a rough road but has achieved the American dream.

The interview and narrative were done by the son of Mr. O’Shea, Griffin, a student at Foothill Community College.