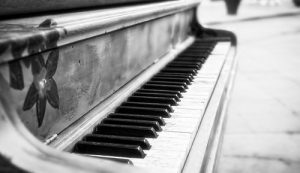 Darya Novik (name changed) was raised in Belarus when it was a former Soviet Union state. When asked, she said she had a “pretty ordinary childhood.” She lived in the 2nd largest city in Belarus, went to regular school and music school and grew up playing piano. “Just like everyone else.”

Once she graduated from school, she went to the state college of Music and Arts. She recalls it fondly, calling it a good time and made the point that “When you’re a student, it’s the best time of your life.” She was surrounded by friends, parties, and socialization, with her whole life in front of her. She was there for 4 years, and that was where she met her husband. Within 3 months of dating, he proposed, and they married during her 3rd year of college when she was 19. When married, however they didn’t have a place to live, and stayed in one of their parents’ houses. It wasn’t uncommon for young married couples to live with parents, since there weren’t many living spaces available to rent out. Renting was so difficult that even though Darya’s parents had divorced when she was 16, they still lived in the same house.

One of the things Darya recalls most clearly about her upbringing was the impact her religion and culture, Judaism, had on her life. She remembers that it was difficult, sometimes impossible, for Jewish people to get into good schools and good jobs. Being Jewish, she said, was described like “a curse”. Along with job opportunities and schools, you could lose friends.

Religion wasn’t practiced in the Soviet Union,  and thus everything that Darya knew about Judaism was solely because the identity was marked on her passport. She did not practice the religion growing up.

Darya began her job search right after college. She would go to music schools with open positions, and many times found they would like her. She would be called back for an interview, and told only to bring her passport. Daria remembers that once they saw the passport indicated she was Jewish, the position wouldn’t be open anymore. She added that there was a way around this, particularly through bribery, but her family didn’t have enough money to afford that.

Darya still had to make ends meet, so illegally and very secretly, she began teaching privately. But this wasn’t enough. She still wanted and needed to do more.

At every college and at every big company, there used to be a place people would gather after work or school and take part in all sorts of different art forms, like theatre, choir, and even the circus arts. Once a year, there was a competition between all these organizations to show off all the arts programs. It was a great networking opportunity for people like Darya.

She met a dean of a college in the city, and this particular college had just opened up a new building, dedicated to the arts. Going out completely on a limb, she went there in August to talk to the dean. She made an outlandish promise, one even she didn’t know if she could keep. She told the dean, “If you make me head of this whole department, I can guarantee you that you will get first place in the competition.”

Darya had no idea how she would accomplish this, but the dean said yes. She would get the job, but on the explicit condition that she could only keep it if the school came in first. So her next year was spent diligently organizing events all while continuing to privately teach piano. She hired different people to choreograph numbers, but organized and led choirs on her own. By the end of the year, the school performed at the competition, and amazingly, won first place. Winning 1st place at this competition was “like being a celebrity”, Darya said. She was showered with job offers, but chose to stay on with the school for another year, where they would go on to win 1st place for the second year in a row.

After the second win, Darya accepted an offer in what was known as the Palaces of Arts and Culture, which was a huge building somewhat the size of the city hall of a small town. People would go and take part in all sorts of extra curricular activities.. There, she was offered the position to be a director of a community-theatre like organization. She took the job, and they would put on all sorts of plays. She had the opportunity to write scripts. They had a lot of autonomy and could order all sorts of costumes, and Darya remembers it as being one of the only things she misses from her old life.

In 1986, Chernobyl happened. Darya said that no one at the time really understood how massive the whole disaster had happened. There was a draft for the Soviet government for 18 year old boys for a 2 year period. Many were sent there to work and Darya recalled that the only thing people knew was that they wouldn’t come back healthy.

At one point, all artists and theatre professionals were supposed to go there and give a concert, but Darya told her boss she didn’t want to go. Her boss told her that he had been instructed to fire whoever said that, so she gave in and went to the concert.  The only thing she said about the experience was that when the company was on the bus, she noticed that the apples on the tree were as big as watermelons.

Darya’s family had always wished to leave for a multitude of reasons, especially feeling as though they had been lied to by their government. In 1988, when the Soviet Union opened the doors for Jewish people who wanted to leave, Darya, her husband, her daughter, her mother, and her brother all left with 500 dollars between them. She was 27 years old. Jewish work organizations helped the family leave. They bought a ticket to Vienna, Austria, and when met there they said they wished to go to America.

The family was taken to Italy for 3 months, where, in order to get to America, they had to go through an intense interview process. They came to America legally as refugees. They first arrived in San Francisco at a point where no one in the family spoke any English. As a consequence, they did all sorts of different jobs. Despite being an engineer, Darya’s husband decided to work as a helper for construction workers instead. Darya herself knew how to sew and did alterations for those in the Russian community.

This period of her life was one that she categorized as the period where her family was only trying to survive and learn the language. They had absolutely no money for a piano, and Darya didn’t even know the terminology for music theory in English. Darya tried to learn by buying several books and studying from them, but she remembers, with a laugh, that this was a “disaster”, since she still couldn’t speak or read English very well.

After trying her luck with books, Darya decided her first goal would be to learn the language. It was this that brought her to work in a store, since there she could meet many different people and learn to speak. This turned out to be a good idea, and the store also gave her benefits as an employee. By the time she decided she wanted to be a teacher, Darya still didn’t have a piano, but she thought she’d be able to do house calls. However, house calls only paid 7 dollars per hour, so she stayed in retail for a while, and became a manager.

Little by little, Darya decided she needed to go back to music. The whole family moved into the Southbay in 1997. At the time, they didn’t have a lot of money and everyone the family knew told them buying a house was a bad idea, but Darya’s husband promised the price would go up. They found a woman from Iran who helped them get a loan, but the mortgage was still so steep that the family barely had enough money for food and bills.

Still, Darya was able to buy a piano on a credit card. She hadn’t played for a while, so she put a few hours away every day to practice. Little by little, she started her piano studio in San Jose, and has been teaching ever since. With her diploma from the Soviet Union, Darya was eligible to become an accredited teacher in the state of California and a member of the music teacher’s association of California.

Despite both her and her husband being employed and Darya having the ability to follow her passion, it was still difficult to raise her children. The family lived on very little money, and Darya’s mother had to help out a lot because they couldn’t afford babysitters or preschool.

When asked about America, Darya finds herself grateful to be in the country. She acknowledged that the US has many flaws and many changes that need to occur, but every day she is thankful that she’s been given the ability to live here.

This interview and narrative were done by Roo Joshi, a volunteer for Made Into America, in Mountain View, CA.