The Perspective of Augustine Williams 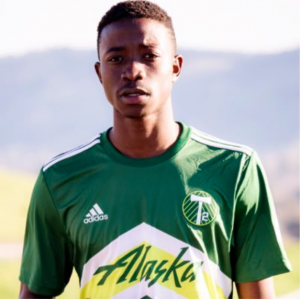 This is a picture of my cousin, Augustine Williams, in his Portland Timbers jersey.

Growing up, Augustine came from a place where there were many hardships. Being born in Sierra Leone and growing up there played a big role in Augustine’s life. Coming to America made him realize that he was blessed. In Sierra Leone, people dream and fantasize about living in the United States, and for him to be granted a chance to experience it firsthand is a blessing.

My cousin’s life was very tough in Sierra Leone. It was hard for him because kids really don’t have opportunities to chase their dreams and pursue their desires, due to financial issues. Life out there is different from other places. Sierra Leone has more freedom than in America. What he means is that people in Sierra Leone are free to walk around the streets at any time. There are not really any crimes going on in Sierra Leone, so parents were not strict about letting their kids walk around the streets. It is not how everyone thinks it is. Some places there are actually very nice and have good views. The lifestyle out there is good, but it is not the best.

My cousin left his home country to come to America because there are a lot of opportunities in America, and he could go to college and become a professional soccer player. In America, he would have a better chance of having a successful career because people would scout him. Whereas, in Sierra leone, there was not an opportunity to further his career. First, his mom filed a report that he and his family wanted to come to America. He had to do a lot of interviews. They were asking questions about him and his family like, “What are the reasons why you are coming to America?” and “What are you going to do when you come?” It was not easy because it took a year for the whole process to go through and finally get his visa. He was happy that they were able to come to America. It was very cold when he arrived. Coming from Sierra Leone, it is hot so he did not have a jacket on, and was expecting it to be the same weather in America. He was not used to the weather. 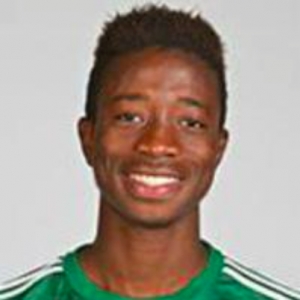 When he arrived in America, he stayed at his mom’s house. He said that it was like a dream when he saw the apartment because he never saw anything like it. It was hard at first for him to communicate, especially at school. When he would try to speak, people would know he was not from America. The language and culture were all different for him. People made fun of him for the way he spoke. It took a while for him to adapt. He had a couple of people telling him to just stay focused on school work and not worry about the people that were negative towards him.

As soon as he was able to find the right friends, everything was starting to get less difficult for him. When he was in school, he had no friends or no family members that went to the same school as him, so it was strange meeting new people. He was shy to speak because he knew that every time he would say a word or a sentence, he would say it differently than other people, so a lot of people would make fun of him because of his accent. Sometimes, he would want to isolate himself from everyone.

The education in America and the school environment was extremely different to him. Usually, in Sierra Leone, everyone would be in one class for the whole day. They usually did not change classes and they had one teacher who would teach different subjects, similar to elementary school. Also, the teachers were very strict in Sierra Leone and would discipline their students. For example, if a student was to act up, they wouldn’t get a detention, they would whoop them in front of the whole class. They would also get a big ruler, make the student lay their fingers on a desk, and slap their fingers with the ruler.

People in America would think that in Sierra Leone, they would speak their language in school, but they were talking in English. They did that so they could get more familiar with the language and have the proper grammar. He likes America’s school environment more than his home country because the environment here allows him to socialize more. Back in Sierra Leone, people would not get as many chances to socialize with friends. The only time they would get to talk to friends is at lunch. In America, he likes that there are more opportunities to socialize, like in passing periods.

Overall, education and the school environment in America was different from Sierra Leone. He is doing good right now in life, and he is happy that things turned out well. He made positive friends and met the right people. His hopes for the future are just to be able to help people, like the less fortunate, to achieve their goals. He wants to show people that no matter how hard your life may be, you can do whatever you want to do if you put your mind into it. He is the living proof. Back when he was in Africa, he loved playing soccer with his friends and someday he wanted to be a professional soccer player, but he thought there was no way that he could have a chance. But luckily, he was blessed to come to America and by that, it opened the doors for him to pursue his soccer career.

This story was written by Augustine’s cousin, Hinga Jigba, a student in the Bay Area.