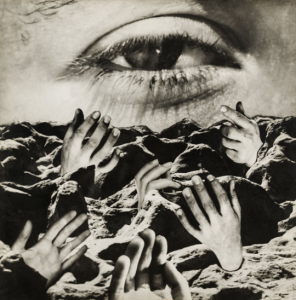 According to my cousin, this photo represents that he always saw for the good of his family, and that if someone extended their hand for help or asked for a favor, he kindly would accept, and that helped him become a better person.

Mexico 1994. I was 18 years old when, for the first time in my life, I had problems with drug addiction. I didn’t have a job, I didn’t go to school, and I lived from what my parents had, but it was not enough to have a good life.  We were very poor.  I remember that my father worked hard but he didn’t earn enough and my mother also worked, but it was the same situation–she was paid a little.

I spent all the money that my parents gave me on drugs and things I perfectly knew would hurt me.  Sometimes I stole money from my mother to buy drugs; I knew it was the worst mistake I had ever made in my life.

One day when I was 19 years old, I remember being at a party at a friend’s house and suddenly I heard two men talking about the opportunity to go to the United States. The only bad thing about that talk was that I had to cross the border… And I knew that that was extremely difficult; there would be a chance that the police would capture us.

I knew that the situation in the country was not the best, my parents were exhausted from working hard and not making enough money. I knew that I had to give up drugs and help my parents, so I decided to go to the United States even though it meant there was a 50 percent chance of crossing the border without the immigration police capturing me, and 50 percent chance of them would doing it.

I packed all my things and provisions to survive for a while, I said goodbye to all my friends, I said goodbye to my parents and I said goodbye to my life in Mexico, it was the hardest decision that I had taken but I knew what it was I had to do. After that, I would be alone, on my own and I had to think carefully about what I would do next. I arrived at the place where I had to see the people that would cross me to the border, I remember going in a truck to a certain point, then the hardest part began… Crossing the desert.

I don’t remember exactly what I did those 5 days to took to cross the border, the only thing I remember is most of the time we were hiding, and long stretches of just walking. I remember sleeping on the ground and just eating bread and drinking water; I remember hearing people saying that they could not continue walking and that they were totally tired. I knew it was not easy and I also knew that I was also tired but I had to be strong and ready to cross the border.

Five days passed. Ten people were trying to cross the border, only seven made it. The feeling and the sensation from seeing people die for different situations was the saddest thing I could see and feel. From that moment I valued my life even more. Now being in the United States, I began the second biggest challenge of my life: learning English and getting a job to buy something to eat, clothes, a place to live and most importantly, to help my parents.

Now, I’m 44 years old.  I have a job, a house, am married, and have a teenager. I kept my promise to help my parents until they died and I think it was the best and hardest decision I could have taken. I worked very hard to help my parents and finally they could live well.

This story was written and recorded by Andres Gomez, about a relative.