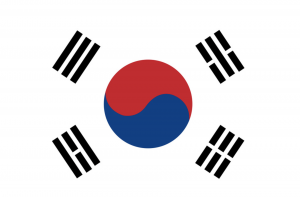 When Susan (name changed) was a child, she grew up in a small suburban town in South Korea. She lived a fairly normal childhood one could expect of the suburbs in any nation during the late 70s and early 80s, walking to school and playing in the streets until sundown.  It was a close knit community where everyone knew each other, and life was fun.

But when Susan was 10 years old, all that changed. In South Korea at the time, schooling was highly competitive and had a very narrow focus, and Susan’s mom feared that her and her brother could not thrive. It was so competitive that private tutoring was made illegal in an attempt to even the playing field. Instead, it simply went underground; the competition was so fierce that Susan remembers her brother starting secret tutoring as early as 4th grade.

Susan’s mother, who herself only had a middle school education, was determined to ensure that her children could thrive, and to her, the only way to do that was to come to America. In addition to the educational aspect, the United States was seen by many in Korea as a land where people lived in freedom, were unrestricted, and respected no matter their social status–a very different reality from Korea at the time, which was ruled by a socialist regime who Susan’s parents feared would become more and more restrictive.

And so, in 1984, the family packed up and moved to Irvine, in Southern California. It was far from an easy transition; none of them spoke English, and Susan’s parents were forced to work multiple jobs. Her father, previously an electrical engineer, was now a painter and handyman, and her mother, who previously was mostly a stay at home mother with the occasional odd job or shift at her sister’s restaurant, now worked at a Korean market preparing food. Both of Susan’s parents also worked as janitors, and when they had managed to save enough, opened a dry cleaning business together.

Susan remembers her first day of 5th grade as one of the harder days early on; she didn’t know how to say she needed to use the bathroom, and eventually just ran out of the classroom. When the teacher’s aide followed her out, all she could do was point to her bladder. Later, the final straw was the lunch that was served, a burrito. In her own words, “I cried the first day of school because school lunch was burrito. I was hungry, feeling alone and that horrible tasting burrito did me in and I broke and started crying.”

As she grew older and more confident with her English, Susan became frustrated with the language. Her peers were constantly fascinated by her progress, and often talked to her slowly and more loudly due to her unfamiliarity with the language, something she never appreciated. In addition, Susan and her brother became her parents’ go to translators the better they became with English. They would have to translate things like leasing agreements or legal documents, so they had to be precise and accurate, and English to Susan became a burden.

Language wasn’t the only barrier Susan had to overcome; the culture in South Korea was much more conservative than the culture in the United States, and Susan had a tough time adjusting at first; she remembers a time when someone told her she was pretty and she nearly ran away in fear, because she was unused to the way Americans are straightforward and honest. She even had trouble with eye contact, as in South Korea at the time, looking someone in the eye when you talked to them was disrespectful.

But once she did adjust, Susan enjoyed the diversity of the United States, and how many different cultures she was exposed to. As an adult, she returned to Korea, and experienced a minor form of culture shock again; many aspects of the country were familiar to her, but many were foreign, and she struggled once more with simple tasks like setting up her phone.

Today, Susan works as a kindergarten teacher in a district with many second language learners. She says her experience as a second language learner helps make her a better teacher. In her own words, “I am stronger today because of the immigrant experience and more compassionate towards others… especially my students’ families from similar backgrounds of low income status. I understand when they fear coming to school and are hesitant to get involved in their kids’ lives because of the language barrier.”

This interview and narrative were done by Kat McClellan, a student at Foothill College in Los Altos Hills, CA.