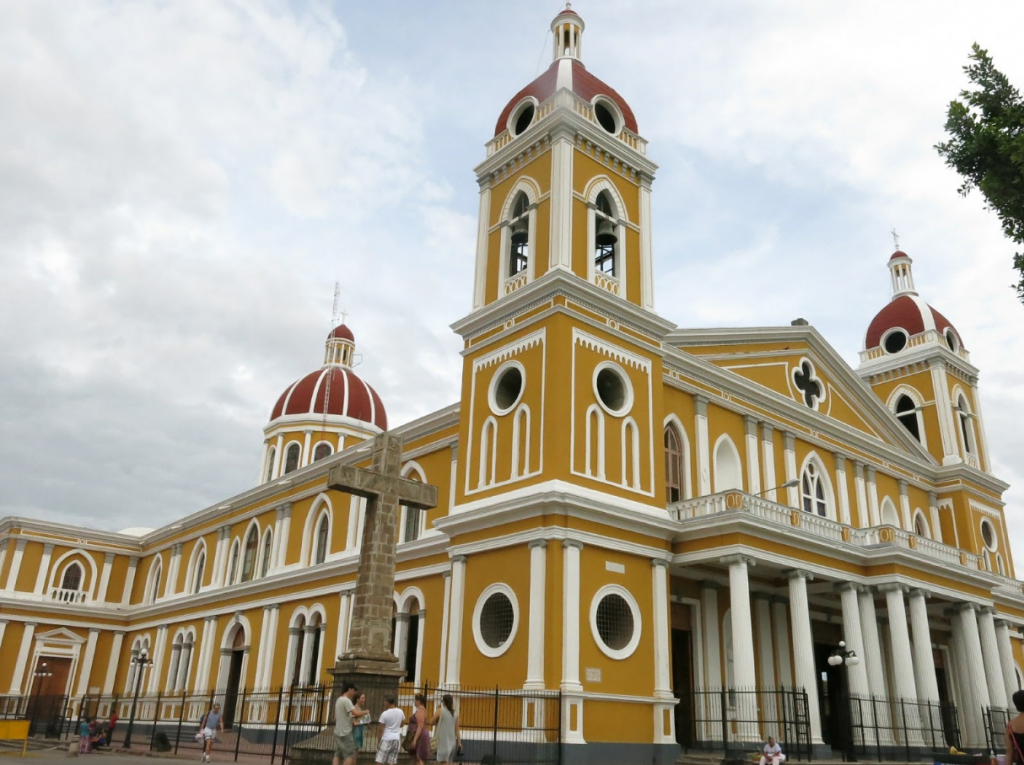 Karla grew up in a 3 member family, consisting of her oldest brother, oldest sister, and Aunt Martha. Her other brothers lived with a different family. Their mom lived in America and Karla would receive calls periodically. From 1st-6th grade, she attended a catholic school where nuns were the educators and “spanking” with the ruler was acceptable, and the students would pray and go to church on Thursdays. This was the normal life for Karla. Life in Nicaragua was peaceful.

Around the age of 15, Karla got a phone call that was unexpected. Karla had answered the phone, hearing the regular greeting of her mother on the other end of the line. After a while of exchanging information about how they were doing, Karla’s mom asked her: “How would you like to come to America? I’m quite lonely here and I need one of you girls to come.” Karla didn’t hesitate to say yes. “Yes, I’ll go.” She immediately knew that she was more qualified to go, considering that her older sister had had a baby and that would make the trip more difficult.

Near the end of March, Karla’s aunt began filling out paperwork for Karla’s passport to fly to Guatemala. It didn’t take long for Karla to pack her bags and fly to Guatemala, where she stayed in a town called Retuala, located near the Mexican border, for roughly 2 weeks. From there, she took a bus to Mexico City where she spent a week. During that week, she was put into a group – a group of people who were also trying to get into America, illegally. She spent her nights sleeping alongside other people, but on some occasions was offered to sleep in her coyote’s house, which had three floors; the top being the coyotes primary home. Being 15, Karla was scared at how obsessive the coyote had been towards her, but she had common sense and often tried to keep distance away from him.

When it came to crossing the border, the large group of people had to be split up into smaller groups. In Karla’s group, there were roughly 4 other people, including a different coyote. Karla had to hold hands with a pregnant lady since Karla was considered a child, so it was a better fit . Besides the coyote, there were 2 other men, one who seemed like he was in his early 20’s and a very elderly man who peed through a tube. They both had to hold hands in case the elderly man needed help from the younger.

Following the coyote through the desert, Karla and her group hopped several fences and ran several times across the desert filled with poisonous snakes and dry cracked grounds.They even stopped for the older man so he can properly pee. When night time came and the border was near, the coyote told the group that it was time to run. Hearing the news, Karla’s heartbeats began to increase, not from the running, but from the anxiousness that was claiming her mind. Never letting go of the pregnant lady, they ran across the large land of desert, nearing the border where barbed-wired fences were high. Unfortunately, while running, not only did they begin to see flashing lights of the immigration police, the pregnant lady had tripped and fell badly on her stomach, making Karla come to an abrupt stop. “Leave, get away while you can!” The pregnant lady yelled at Karla. Karla furiously shook her head, using her strength to help the the pregnant lady up. At some points, dragging her as well. When the lady was up, they continued running, but they were far from their group who were a long way ahead.

Nearing the border, things began to become more hectic. Not only were there more sirens from the immigration police rolling in from the distance, helicopters appeared, shining bright white lights down towards the ground. At this point, Karla hid under a tree, since she was skinny enough, maybe immigration wouldn’t get her. The pregnant lady was no longer beside her. Karla was alone.

When it seemed like things were over and Karla would get caught, Karla received a harsh tug on her wrist and a strong pull on her arm. It was the coyote. The coyote dragged her into a bush, where Karla was greeted by the other members of the group. Immigration had flashlights pointed towards the bush, and hands began digging through the green leaves. Karla’s heart beating furiously, she tried crawling away from the hands digging through the bush. Just as one hand was about to grab onto her arm, the coyote put himself in front of Karla, getting dragged out of the bush and into the hands of immigration police. If it wasn’t for the coyote’s brave act of putting himself before Karla, Karla would’ve been the one to get pulled out.

After the incident, Karla and the rest of the group crossed the border into San Diego, where the large group reunited, but with less people. Another coyote came to pick them up. They headed straight towards the LAX airport. Upon arrival, Karla was partnered with a similar looking boy, who was only about 17. Karla and the boy looked American, with their blonde hair and slightly dark green eyes. Surely, they wouldn’t have no problem. And they didn’t. Karla and the boy had traveled together through the airport, passing security with no questions asked. No one asked if they had a social security or ID, of course because they were minors. Eventually, the boy and Karla had to separate since both were heading to different destinations. After a month’s worth of traveling and fleeing the immigration police, Karla had finally gotten a flight heading straight to Seattle, which landed at the SeaTac/Tacoma International Airport.

When arriving in Seattle, Karla was picked up by her mother, who had lived in Seattle for roughly 15 years. Karla felt very relieved but very shocked at how Seattle looked. The tall buildings and large population overwhelmed Karla, especially since she had lived in Managua, which was quite the opposite of Seattle. Karla had the chance to finish high school and go to the University of Phoenix in Tacoma. Karla had studied criminal justice but unfortunately did not finish. At age 20, Karla had 2 jobs and raised 2 kids as a single mother. She did not receive any welfare or foodstamps, and no child support, so she had to work her ass off.

In 2006, Karla finally became a U.S citizen through her mom who was a U.S citizen so she filled out the registration paperwork for her. Now, Karla happily remains in Seattle with 4 daughters and 2 granddaughters. She wants to continue working for Alaska Airlines and save money to hopefully go to school, to South Central university, in the night time, but if not, then get another job and save money to travel.

This story was written by Michelle Rios, the daughter of Karla Vela, the subject of the story. Michelle is a high school student near Seattle, Washington.