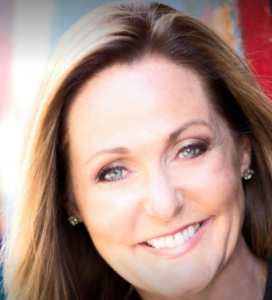 My mother’s life started with little memory of her hometown of Amstelveen, Netherlands. While Nienke did not remember much of her hometown and where she was born, she remembers key parts of her immigration into America at the age of two years old. One thing unique to my mom though, is she has immigrated twice to the U.S., both being extremely different in experience.

Nienke – my mother – does not remember what life was like in Amstelveen, Netherlands, before she immigrated to the U.S. When my mom first immigrated to the U.S., she was two years old, and it was part of a family move where her parents – my grandparents – wanted a new life and to break away from their upbringings in the Netherlands. They were all offered green card as part of the move, so they took that opportunity. On top of that, my grandfather was being transferred to America with his job at IBM. They came to America through a plane and International IBM arranged a temporary home for them. That is all my mom remembers of that journey.

Once my mom was in America, it was quite easy for her to adjust in American culture because she was only at the age of two. She adjusted quicker than her parents did. My mom observed for months at the culture around her and then just switched into the culture. It was good to observe because at the time of the move, it was difficult considering my mom did not speak any English, so she did not speak or talk to anyone much in nursery school. The first thing she could recite in English was the Pledge of Allegiance.

The biggest difference between the Netherlands and America was change in culture and the size of everything. In America, the size in space, houses, cars, and people was all bigger relative to the Netherlands. On top of that, in the Netherlands, family is central to day-to-day life with meals together, and just being very close all the time being in constant contact. In America, my mom noticed that people were more removed from the family and the television was a bigger focus.

My mom attended Gunn High School and was very involved with sports. She ended up going to UCSD and met my father in an abroad program in England. She ended up moving to England after USCD to learn about the European culture she left at two years old, married my father, and ended up having my older sister Lelaina and I. After twenty six years and after getting divorced, my mom wanted to move back to California to move closer to family. She brought Lelaina and I with her. This brought her to her second immigration to the U.S..

The second immigration was out of choice, and there was no plan associated with it, it was just something we all really wanted to do. My mom, Lelaina, and I all took a plane with a lot of boxes to SFO and then moved into our apartment in downtown Palo Alto. My mom was on a student’s visa, so she was a student at the Academy of Art in San Francisco in a four-year graduate course. The most surprising thing to her about Palo Alto during the second move was that Palo Alto had changed a lot within the last twenty six years. My mom was fortunate to have high school friends who had remained in Palo Alto or ended up back in Palo Alto, who were an immediate support system to her to help with the cultural shift.

When my mom left Palo Alto, it was in an entrepreneurial frame of mind, where many of her friends’ parents were involved in the birth of many big tech companies in the area such as HP, Apple, Google, Fairchild, Intel, etc., as well as inspiring a more artistic and adventurous Stanford University. Palo Alto was culturally more creative versus what it is today: established. Today, my mom feels that the area has many employees and youth that feel entitled as opposed to hungry to make a change on an organic level. Aside from all of this change though, my mom still loves the beauty of the area, so it was easy to shift back into the culture after the second immigration.

After both these immigrations and all of these big changes and things that have happened in my mom’s life, she is thriving in the American culture and aspiring to find a job after graduating from her graduate course in graphic design, website design, and all the other classes my mom has taken over the four year period. With meetings with big-time art directors and having the bubbly personality and drive that my mom has, it will be easy for her to find a job. She is contributing her hard work, positive attitude, and love towards America. She hopes in the future to be happy and to be healthy and that she can’t ask for anything more except for that and the happiness of her two daughters.

This story was written by the immigrant’s daughter, a student in Palo Alto.