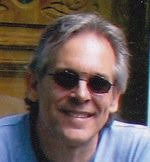 When David moved from Vancouver, Canada’s white winter to the northern Californian sunshine in 1958, he was still a little child. His father had passed away and his mother decided to take him to start a new life in a new place. Luckily, this long journey wasn’t a particularly hard one as his aunt had already settled in Los Altos. David’s mother was happy to be closer to family again, and for young David, this was his starting point in this country.

David was raised in an artistic family atmosphere. His biological father was a radio show producer before he passed away. He created the first coast to coast radio show in Canada called Harmony House. The show was popular from the mid 1940s to the early 1950s His mother, who was a singer and dancer, actually met his father at the radio show. After they moved to California, his mother re-married. David’s stepfather was a big music fan. One of his aunts was a ballerina, and another aunt played the piano. David is even related to Sholem Aleichem, whose work inspired the famous “Fiddler on the Roof.” Growing up in the creative air of the Bay Area, David also became interested in music and showed talent at an early age, which led him to the entertainment industry.

As an adult, David moved to LA to pursue his music career. “You know, if you do music, LA would be the best place,” he says, “and it’s not so far away after all.” So there he started his years-long career as a composer. He composed music for various clients, including Entertainment Tonight, A&E Biography, MTV, Walt Disney Productions and ABC, CBS and NBC networks. His music is now part of a company’s music library that is then licensed to many new TV shows. Most of us have probably heard one of his compositions while watching a favorite program.

David was interviewed by Made Into America volunteer Fei Chu.