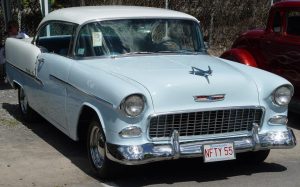 This is story is based on the real life experiences of Milton, who came to the U.S. in his early adult years.

It’s been almost a year since I dipped my toes into the big ocean of the United States, but somehow I turned out fine. Honestly, this country seemed like a piece of cake. My hard work in Taiwan led me down this path, and America seemed like the place to show my voice the most. However, English isn’t my strong suit, and guess what people speak there? Granted, I know the basics, I can string simple conversations, but if I want to show them how professional I am, then I guess I have to simultaneously walk the walk and talk the talk.

My first day in this new world was certainly eye-opening. This public transportation was refreshing, the buildings raced by as fleeting memories of America’s grand scope played in my mind. However, I looked at the windows more than the actual people. After a few weeks at UCLA, my expectations of the challenges were thrown out the window. I guess in Taiwan I was held up to higher standards. And yes, my expertise in engineering was solid, but the biggest challenge was actually interpreting the instructions. It’s not like they were obtuse or new, but the professor’s constant talking and extremely short gasps for breath made taking everything down harder than it should have been.

The breaks were a real struggle; I’d argue they were just as challenging as the courses. When we got up to get lunch, there was nothing but endless amounts of chattering. I felt like I couldn’t join in, but, my guardian angel/dorm mate Phil came to support me. He said that it doesn’t really matter what others may think, as long as I could “get the memo” and act with them. He tried to take it slow, knowing how much I struggled and offered to teach me ways to improve my speech. “You’re doing great, Milton!” he would cheer me on. He’d give me a few sets of questions and I would give a limited amount of answers, but even back then, I knew that wouldn’t help me in the long run. So Phil came up with a brilliant plan. He would take me to his parents’ house and give me a conversation worth remembering.

I was escorted not by tram or bus, but by a small, red car. This time, there was no more endless chatter to flood my mind. It was now just peace and quiet, one man next to another. The lights and buildings of LA were simply dazzling at night as if a thousand diamonds were scattered across the skyscrapers and roads. Eventually, we reached our stopping point, at a quaint little block free from all the hustle and bustle. Phil introduced me to his parents, Nancy and Craig. They were nice folks, very understanding of my situation.

“Sometimes there are things we’d like to know more about, to expand our horizons,” Craig explained. “For example, a sportsman like me is confused about all these newfangled scientific discoveries and space stuff, but my boy Phil helped me make sense of it. I think it’s about time I return the favor.”

Nancy served a warm plate of spaghetti and meatballs. The scent snuck through my nostrils. It was very delicious, reminding me of the noodle dishes served back home. As I finished eating, Nancy started the conversation.

“So, what was it like moving into America?” she asked.

I immediately answered, “Uh… It was very surprising how many buildings and cars you have!”

“Yeah, it’s nice, isn’t it? There’s a lot of opportunities for smart young men like you, and the people here are very nice.”

“Including you,” I immediately responded. Nancy was a tad embarrassed.

“That’s why we moved here from Nevada. Things were quiet in our old place, but we made enough to afford something in this land of stars!” Craig replied.

We discussed more and more about why they moved. Eventually, I told them I was from Taiwan.

“Oh, that place? Ain’t that a surprise! Lotta people came from Asia, some we’ve even worked with. So, do you miss Taiwan?”

I told him yes. “I would occasionally send letters to my father, and he’d respond back with more info. Sometimes the reply would take months, but it was one of the few things from my old life, and my father’s support kept me going.” It felt amazing to actually discuss this with someone.

“Hope there are more letters to come, Milton!” said Phil.

I walked out, and the many fleeting raindrops hit the ground in an unorganized tempo. I was a bit worried, as it was a lot to take in. But, Phil smiled, and put me back in his car, driving us back to the comforting dormitory. The days went by, as Phil and I started talking more and more. I was more open, and as a result, Phil was open as well. He told me about how he didn’t really make many friends in school and mostly stuck to himself.

“Well, you got a friend now,” I said awkwardly.

He flashed a brief grin and started to talk more and more. He talked about the time his pet cat kept on bringing dead mice to his parents’ doorstep and how he was always the one to put them in the garbage. It was genuinely entertaining, despite me being more of a dog person. There was something almost innate with conversations as if some sort of primal drive compelled me to continue these discussions, and in turn, show more of myself. As I got more comfortable with the English language, people started to like me more. Friends were popping out left and right, and my speaking improved majorly. My conversations were no longer slow and simple, and I wasn’t as afraid to be personal.

A few months later, Phil told me he’d be getting me a present. I was surprised. What present? It wasn’t my birthday, and as far as I could tell no holidays were announced by anyone. He took me for a nice stroll, which was odd. Normally I’d take the bus or he’d drive me somewhere. I tried talking to him about it, he wouldn’t say anything. He just continued to smile, as if he just won the lottery twice in a row. We reached our destination, which was a car dealership.

“W-what?” I asked, taken aback at the sight of rows upon rows of cars stretching out across the horizon.

“What type do you want, sir?” asked the dealer. I looked around for a few minutes until my eyes finally settled on a glaucous Chevrolet, which Phil happily paid for. He gestured me into the automobile, and the rest of the afternoon we spent learning the ins and outs of how to drive. A few weeks after, I could drive easily and only looked forward, for the future seemed bright. In my car, I was able to talk with friends and acquaintances all I could and people would listen, which in turn made discussion easier. When I first came to America, I didn’t know what to do with my English skills, and it was hard to improve. But with Phil driving me, encouraging me I was able to find a way to hone my skills enough to succeed, I became a free rider of the language.

Milton’s story is based on an interview by his grandson, Jason Yeh. Jason is a student at Palo Alto High School.