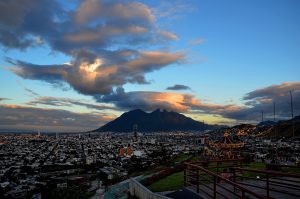 But this is all that I wanted, a life that I can survive through and be happy.

I only paid a nickel to cross the U.S./Mexico border, which is not a lot today, but it was a lot for me back then. I was very young and vulnerable. This was the year of 1902. All I wanted was a better life for me, my uncle, brothers, sisters, and my future family.

When I was a baby, my mom became very ill with a sickness, which I do not remember. When my mom passed away, I moved, and I then grew up with my sisters, brothers, and the younger siblings too. My dad moved to Monterrey, Mexico. I moved to a smaller village with my siblings and I do not remember the name of it. But I moved in with my uncle. This city is in the Northern part of Mexico, which is 143 miles from Laredo, Texas. While living there, life was hard for the whole family. We barely had enough to buy the basic necessities. I was lonely living with my uncle. My sister then got married at a young age.

During this year, the president of our country was Porfirio Diaz. He was an OK leader, but sometimes I felt as if he wasn’t able to keep our country growing. And, he was not able to make me feel proud enough to be living here in this part of Mexico. “Necesito una vida mejor para mi y mi familia.” I need a better life for me, and my family.

I wanted to come to the U.S. because I wanted a better life for me and my future family, so they wouldn’t have to struggle like me in the barren Mexico.  I was about 5 or 6 years old when I crossed the border, on a train. Due to my mom passing away a few years before I wanted to cross, all I could think about was her. When I had these thoughts of making up my mind to cross, I heard a little voice, that sounded like my mom saying, “Apenas cruzar la frontera hija, las cosas van a ser mejores a partir de ahora en su vida.” Just cross the border daughter, things are going to be better from now on in your life. Her voice in my head gave me the reassurance that I can cross, and she would support me.

While I was still living in Monterrey, Mexico, I came to realize how I needed a better life for me and my family. The next few days, I was very scared and I didn’t know what to do, or where I should go, matter of a fact. I then began to pack a bag with my items that I wanted to take with me on this very dangerous trip. Some of the items that I packed were clothes that were medium-sized, light-colored, two pairs of shoes, toiletry items, and kid momentos. I took what I could, and I left behind the rest.

My uncle asked me, “¿Por qué estas embalando esos artículos?” Why are you packing those items? I replied, “Porqué yo tomando un viaje a Texas.” Because I am taking a trip to Texas. My uncle’s face was speechless, he didn’t know how to react, but I explained to him how I wanted a better life than the current. He then became understanding of the situation, and supported me. The next day, I went to the nearest train station in a near city. My ticket was 100 pesos, which is about $10 in U.S. money. When I paid the lady my pesos, all I could think about was the smell of Mexican food, and how I wanted some so badly, but I needed to save my money for the rest of the trip. So I took the train to Laredo, Texas. At this point, all I could think about was the actual act of sleeping, and cleaning myself.

I first came to Martindale, Texas. One of the first things that I ate was a strawberry ice cream cone at a nearby ice cream shop. It tasted refreshing, and sweet, it was unexplainable. I loved a lot of strawberry-flavored foods. The next thing that I remember was calling my uncle to come pick me up at a nearby payphone, so we could go to his house. There was a fresh cool breeze that day, when my uncle picked me up. I then moved in with my other uncle, and sister. I went to a nearby high school, and made many friends with older amigas. Life here was much different than in Mexico, because of money, the food, and the way of life. But this is all that I wanted, a life that I can survive through and be happy.

Many years later my life here in America was successful; I had a total of 8 kids. They had kids of their own, who had their kids of their own. My grand-daughter had a set of twins, which I was able to hold before I passed. In my house, I was able to hold their very fragile bodies, them soothing me with their massages, and their looks in their eyes. I finally knew with their looks in their eyes, that my hard work to get here finally paid off. This is the moment I knew that I can rest in peace with their reassurance.

This story was written by the immigrant’s great-granddaughter, a student in the Bay Area.