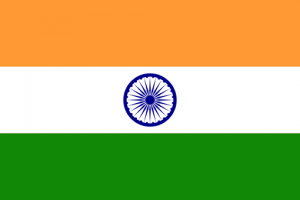 We arrived in lovely Laramie, Wyoming, so my father could obtain his Ph.D. in meteorology. Yes, we stayed there until the completion of his degree, and then we moved to greener pastures. Quite literally there was no green and Laramie. It was either frozen or dirty, thank you very much. Then we moved to Mexico. My father was a professor at the University of Xalapa. Then we moved to the bay area to Santa Clara, California. We have been here for 45 years except for the years I was gone for college, and graduate school programs.

I am a legal US citizen. The process was lengthy with many bumps in the road immigration process does not always favor the professionally educated class; it tends to favor chain immigration. We were not part of the chain of immigration that leads to green cards, quicker and faster.

For the first time in my life, my father was a full-time student and my mother was a stay-at-home mom. It was very different from our lavish lifestyle before we arrived in America. Third countries offer you a cushy setup. You have servants and drivers and cooks in America. You’re all of those things plus for upper professionals. My parents had never done laundry, washed dishes, or cleaned the entire house before. My mother was shocked that in America, where the streets were allegedly paved in gold, there were endless dishes to do.

We arrived at O’Hare Airport in Chicago. I slipped in the snow and hurt myself, and could not get up. That’s Chicago, the Windy City of Chicago was a shock to our system, that it could be this cold. Then we arrived in Wyoming, where there was snow on the ground for 7-8 months of the year! We immigrated legally. My father had a student visa, and my mother and I had F4 dependent visas for immediate family.

At my school in Laramie, Wyoming we were told to play outside during lunch.  We wore snowsuits, snow boots, gloves, mittens, and ski caps to play outside. My previous school year was a school uniform. My school uniform was a skirt and the weather was pleasant indoors or outdoors all year long. I miss being part of the crowd. I was initially treated like an outsider, which was very difficult. Furthermore, I miss the pleasant weather in Laramie, Wyoming. We could not open our door because there were 7 feet of snow outside.

This was a drastic change from the beautiful weather in Nairobi Kenya, located at an elevation of 1 mile above sea level with near-perfect weather year-round. I would have immigrated to America knowing what I know now. Absolutely America despite its many faults. It’s still the place where dreams come true. The American dream is real and everybody wants to come to America for higher education. Does America have its false…….. yes is America still a goal? I say it’s more than a goal. It is a dream.

When I arrived in America, I spoke four languages perfectly. My English was excellent. However, I had a hard time understanding some of my classmates and they had a hard time understanding me. Did I speak the language? Yes, what’s your language barrier? Yes, that may sound like a contradiction however, there is a lot more to a language barrier than one understands, for example, regionalisms accents, pronunciations the use of words are very different from culture from region to region and country to country.

I was scared to learn that we were moving to the USA. I had moved from India to Kenya. I was stressed out as a child. I did not know what that meant. What I realized was it meant leaving my home, and leaving my friends; however, my parents told me that this would be the greatest move of my life and at that young age, I didn’t quite understand the meaning behind their words. One of my earliest memories of Wyoming, I was getting ready for my first day at Beitel Elementary school in Laramie, Wyoming. For the first time in my life I was wearing a heavy sweater work turtleneck in a creamy Ecro shade. I was wearing a new pair of jeans I was to wear an overcoat boots, gloves, and my dear father was going to walk me through six blocks of snow to the school bus stop.

I thought back to my school Saint Georges Catholic school back home I thought of how different this morning was compared to putting on my plaid checkered skirt, school uniform, my Peter Pan college shirt with my navy blue cardigan the six residential blocks to school to the school bus. My father had permission to ride the school bus with me that morning when we had just arrived in America. We had not bought a car yet, so the only way we could get to the school was on this yellow school bus. My first ride on this yellow school bus was with my dad and my future classmates.

Our initial entrance to the United States was on my father’s student visa, and that was positive. However, the journey to full immigration was long and full of obstacles, but we arrived with a lot of luck, a lot of prayers. I arrived as a child, so yes, I did, indeed continue my education into grad school.

The opportunities are much greater here. Our standard of living is much higher here. In the United States, I took a school bus literally in the snow and walk six blocks got on the bus went to school, took the bus back, walk the six blocks back the most interesting thing was with the new friends and neighbors that I had we would break icicles on the way and I got to lick icicles for the first time and it was a thrill. Although I came from a private school with upper middle class children, I entered regular public school in Wyoming.

I was shocked at the amount of things kids took for granted. My personal bully in school used to cut her brand new shoes with scissors so her mom could buy her new shoes. I had never seen that nor heard that and I thought that was rather selfish of her because I had actually seen kids before who did not own shoes so one of my first impressions was, why would anyone do that? Why would anyone be so selfish? However, I met many nice children.

My first best friend in America was Alessandra. One of the things I regret is initially not having a proper wardrobe for the weather, and for the fashion they were times that my parents send me the school in the snow with a dress on, and nothing to protect my legs till this day my parents and I talk about how fortunate I was to know to never get frostbite. My father once forgot his gloves, and he almost had frostbite. It was a very scary moment for us. He was screaming in pain, so I feel very blessed that nothing drastic happened to us in spite of the many mistakes we made due to cultural and weather misunderstandings.

My experience with anti-immigrant prejudice was real. Yes, many times it is important to keep in mind that few people cause harm to new immigrants whereas most people are welcoming , although we lived in some very safe, university housing. My next-door neighbor, a boy I had never spoken to before, threatened me with a knife in the playground. All the kids around us were stunned into silence as my mother watched from our second-story living room window, wondering what was going on. He threatened me with a knife because I looked different and I dressed differently. There was no other reason and I thought the moment I thought he was going to hurt me physically apparently he did hurt me because till this day I remember that moment and I remember the fear that I experienced because I was different and I vowed to make life easier for anyone who came after me I came as a young child.

Clearly I have more freedom because I’m an adult, however, had I stayed back? I would’ve had limited freedom so as an American woman, I’m happy to say that I have a lot of freedom. Coming to America for anybody opens up the whole world. The older adage is true– dreams come true in America. Opportunities are truly unlimited in America especially if you seek a good sound education and opportunities to attend top universities are open to you in America, unlike any other place.

I’m a public school teacher and I do teach newcomer classes, so therefore I feel more of a connection to children, especially children, experiencing anxiety, linguistic and cultural shock. I feel that it’s my job to help them transition into life in America. I would like to add that anyone considering coming to America please keep in mind that you will have opportunities, but your children and your grandchildren will have boundless opportunities and children of immigrants have become president here in the United States. I think it’s important to note that the transition for new immigrants who are children is more difficult in the short run. However, in the long run, it is much easier and when I am a grad, the goal is assimilation now we talk about salad bar culture, believe it, or not being a woman here is better in spite of all of its shortcomings.

This narrative is by Krish Chugani after interviewing her mother.